The man accused of ramming through a gate at Rideau Hall while heavily armed is slated to return to court Sept. 18 after making a brief appearance Friday.

Police say Mr. Hurren used a pickup truck to break through a side gate at Rideau Hall early in the morning of July 2 and made his way toward the residence where Mr. Trudeau and his family live.

They say Mr. Hurren was armed with several guns, one of which had an illegal magazine.

Police say they were able to talk Mr. Hurren down and arrested him peacefully after about 90 minutes. 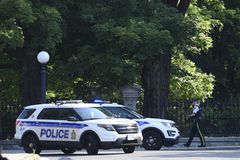 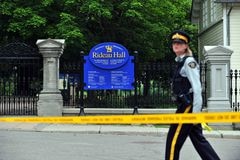