Steve Hunt was never satisfied with how the agency responsible for protecting workers in British Columbia conducted itself when two sawmills exploded in the span of months, killing four workers and seriously injuring dozens more.

The province’s Criminal Justice Branch did not lay charges in the 2012 deaths because WorkSafeBC not only failed to warn the mills about the hazards of combustible dust that triggered the deadly explosions, but then bungled the subsequent investigations.

“We know what happened, but the question is why, and how, did they botch the investigations so badly,” Mr. Hunt, district director for the United Steelworkers union, said in a recent interview.

In January, 2012, a sawmill in the community of Burns Lake exploded, killing Robert Luggi Jr. and Carl Charlies. In April of that year, a similar blast consumed a Prince George sawmill, killing Alan Little and Glenn Roche. Many of the survivors suffered life-altering injuries – some are still unable to return to work.

The BC Liberal government commissioned two reviews. In addition, both the WorkSafeBC and the B.C. Safety Authority investigated, and a coroner’s inquest was held. The explosions were deemed to be preventable and dozens of recommendations were made.

Following the explosions, the industry led safety reforms and introduced a voluntary audit system. The Council of Forest Industries said at the time the industry had invested millions of dollars in safety improvements, such as improved ventilation and additional water mist systems.

The forest industry considered the matter largely resolved. But now, seven years after the explosions, Mr. Hunt has found a receptive ear in the NDP government that took power in 2017.

Earlier this month, the province quietly appointed Vancouver lawyer Lisa Helps to assess how WorkSafeBC implemented worker safety recommendations following the explosions at Babine Forest Products and Lakeland Mills. Her recommendations are due in July.

WorkSafeBC concluded the blasts were triggered by an unsafe buildup of sawdust. The two mills were fined stiff penalties because the injuries and deaths were the direct result of failures by the companies to comply with safety regulations and to adopt reasonable means to prevent injuries and deaths. But the agency failed to persuade the Crown to lay charges against the mills’ owners.

Ms. Helps is looking into all the events that led to the explosions – and criminal charges could yet be laid. But Mr. Hunt’s main focus is holding WorkSafeBC accountable for what he sees as a pro-industry partiality.

“We hope to expose the board for what they are. Their bias was obvious at the time. They are supposed to support workers ... and they have lost their way.”

He said the coroner’s inquest into the deaths of the four men produced damning evidence about WorkSafeBC’s reluctance to press the forest industry. The inquest heard that WorkSafeBC circulated an internal “issue management” memo drafted by a regional official, Barry Nakahara, dated Feb. 27, 2012, weeks after the first explosion.

At that time, the cause of the explosion had not been confirmed but the agency knew there was a growing problem with finer, drier and more abundant dust in sawmills.

Mr. Nakahara observed there had been “at least” two other explosions in forestry mills in the past few years in the province, and concluded that “it would be a timely opportunity to raise officer awareness around this issue and to bring attention to this hazard across the industry.”

He warned, however, that the industry would be sensitive to the issue and it “could lead to push back if an enforcement strategy is pursued at this time.”

To Mr. Hunt, this is confirmation that the agency responsible for workplace safety was more concerned about employers than employees. It was only after the second deadly explosion that WorkSafeBC launched a major inspections and enforcement campaign.

While in opposition, the NDP demanded a public inquiry into the mill explosions. But Labour Minister Harry Bains said in an interview that is not going to happen now.

His government is impatient to make changes quickly to improve the odds that, when any employer in the province is found to be responsible for employee deaths, they are criminally convicted.

On Sunday, the national day of mourning for workers killed on the job, Mr. Bains was set to speak at a labour-organized event in Vancouver. An average of 175 people are killed each year in B.C. on the job and Mr. Bains, who served as a workplace safety advocate before his career in politics, understands better than most that the chances of criminal convictions for any of those deaths are virtually nil.

The provincial government is already working on changes that would give the RCMP, rather than WorkSafeBC, a leading role in investigating deaths and serious injuries in the workplace. Mr. Bains said those changes – along with any recommended by Ms. Helps – are due to those killed and injured at Babine Forest Products and Lakeland Mills.

“The system failed those families, they failed those workers,” he said. “We owe it to them, and all the workers in the province.” 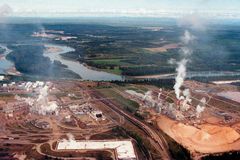 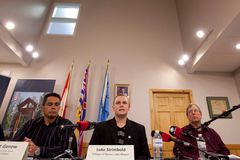 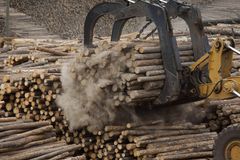