British Columbia’s battered tourism industry is poised for a strong recovery after vaccinations become widespread, but meeting that demand could be a challenge, Scotiabank’s chief economist says.

Jean-Francois Perrault said in an interview that pent-up demand for travel and leisure suggests that Canadians who saved money while under public health restrictions are likely to spend in that sector when it’s safe to do so.

However, he warned that the industry’s capacity coming out of the pandemic may not match that demand, adding the best way government can help is by getting the virus under control as soon as possible.

“The more clarity businesses have as to how and when we’ll have things under control, the easier it will be for them to plan for the future,” said Perrault.

Perrault predicted that recovery will be strongest in popular destinations like British Columbia and Alberta, while those in the Atlantic bubble should also see a drastic shift in demand.

Members of the B.C. tourism sector said the next few months will be crucial for the survival of many businesses in the sector and they don’t expect a full recovery before next year.

Walt Judas, chief executive of the Tourism Industry Association of B.C., said capacity to meet a swift rise in demand depends on the type of business.

Those that book months or years in advance, like the cruise or large conference subsector, can’t instantaneously re-enter the market, he said. And any business that depends heavily on international travel must wait for airlines to resume service and retrain furloughed staff.

Many tourism workers changed careers during the pandemic, which will make it hard for places like resorts to quickly fill specialized positions like wilderness guides, he said.

On the other hand, seasonal attractions like campsites and golf courses saw increased demand in 2020 as locals looked closer to home for getaways and should be ready for a surge.

“There is a large degree of preparation, but it’s not as easy for some of the subsectors within tourism to just flick a switch and open the doors again,” Judas said.

Wage subsidies and other government programs have been vital to most businesses’ survival. Everything from rapid testing to safe travel passports for vaccinated people should be considered as part of a recovery plan, he said.

“What is needed going forward, aside from those support programs, is a restart plan that looks at a number of moving parts,” Judas said.

A report released this month by Destination Canada predicted a long recovery for Canada’s tourism industry with potential shock waves for other areas of the economy.

The Crown corporation tasked with promoting domestic tourism found that without any major change in consumer spending habits, it would take five years for the industry to reach pre-pandemic levels.

Overall, the number of “active” businesses – those operating with employees – in the sector declined by nine per cent between January and November of last year. Half a million people in the tourism industry lost their jobs in 2020, the report says.

When Ian MacPhee looks ahead to a possible recovery, it’s with both the weariness and relief of someone who has been fighting for his company’s survival since last year.

The company controller and business development manager for Prince of Whales Whale Watching based in Victoria said the company is doing everything possible to ensure it has capacity to meet that demand.

“We’re a beaten-down army at the edge of the battlefield, but we got there,” MacPhee said, adding that this summer will be critical.

“We have been planning, we have been conserving cash, we have been availing ourselves of all the programs out there, maintaining equipment. We are anxious and ready to go.”

MacPhee said he now works the equivalent of three positions and jokes that he’s added “fisherman” to his title for the amount of time he spends seeking and applying for grants and support programs.

He’s said he’s optimistic about a return but also concerned about worker burnout among those who have been able to keep their jobs. He’s also anticipating years of recovery for businesses that have to start repaying loans they took out to stay afloat.

“Until all the borders are open and planes are flying and everyone has confidence back in travel, I think it’s going to remain tough,” MacPhee said.

Tour operators and cruises are booking for 2022, not 2021, with trickle-down effects for the float plane industry.

Float planes are an essential service and have continued to operate, but only at 20 per cent capacity for the time being.

“I don’t disagree there will be pent-up demand, but it will take time for us to recover,” he said.

“I think we’ve got to walk before we run.” 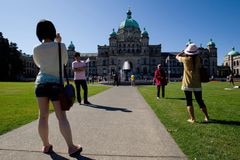 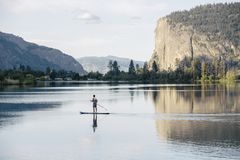 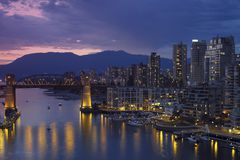