Nutrition experts say recommendations on beverages in the new Canada’s Food Guide will be felt most by young Canadians, as they are among the largest consumers of sugary beverages and have daily exposure to school-based nutrition programs.

The new guidelines recommend drinking water above all else. Low-fat milk is in the new guide, but in the broader protein category, and it is not given the prominence it had in the old guide, which featured dairy as a separate food group.

The move to emphasize water and limit the promotion of sugary beverages was expected, particularly after studies in recent years pointed to health risks associated with consuming even moderate amounts of sugar. In 2015, the World Health Organization suggested people limit their consumption of “free” sugars – those added to foods and those that occur naturally in syrup, fruit juice, juice concentrate and honey – to less than 10 per cent of their daily calories.

Amanda Nash, health promotion and nutrition manager with Heart and Stroke in Manitoba, said the new recommendations on beverages are a welcome development, as many young people consume too much sugar in drinks.

“We do know that sugary drinks have little to no health benefits,” she said. “This is a really great place to start to help to support our youth at putting their health first and making healthier choices.”

Many schools across Canada participate in programs from the Dairy Farmers of Canada that often promote the benefits of chocolate milk and other dairy products. For instance, Alberta Milk has a program called Club Moo that encourages elementary schools to offer white or chocolate milk to students up to five times a week. Beverage companies have also worked with schools to distribute juice to students, and used the product’s presence in the food guide in marketing and promotional materials.

But those practices may end or have to be changed to reflect the new guide.

“I think this will absolutely influence school food policy," said Yoni Freedhoff, medical director of Ottawa’s Bariatric Medical Institute, who writes about food policy on his blog, Weighty Matters. “This will provide public health advocates with a credible document to help influence change in their schools.”

Lee Finell, Alberta-based health education manager with Dairy Farmers of Canada, said she is unsure what direction school programs will go, but that her organization will continue to promote milk. “We’re still going to encourage its consumption, whether it’s at schools or at home,” she said.

The Canadian Beverage Association said in a statement that 100-per-cent fruit juice “is a source of important vitamins and nutrients for Canadians who, across the board, aren’t consuming enough fruits and vegetables.” The statement also said that removing it from the diet could have “significant consequences on nutrient intakes.”

In addition to water, the new food guide also suggests low-fat unsweetened milk and unsweetened soy and almond beverages as healthy options. Jonathon Maguire, pediatrician and researcher at St. Michael’s Hospital in Toronto, said this may encourage more people to consume plant-based beverages, but if they do, they should read the labels,. Many may contain added sugar, and it is up to the consumer to figure it out, he said. 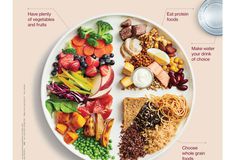 Opinion
Canada’s new Food Guide is a good upgrade, but skirts around issues of inequality
January 22, 2019 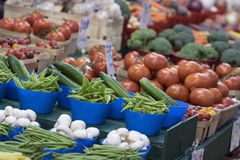