After five years of fervent legal defence, Ottawa is abandoning a Supreme Court appeal of several lower court decisions that rendered solitary confinement unconstitutional in federal prisons, bringing an unceremonious end to the practice of confining prisoners to cells the size of parking spots for months and years at a time.

In two notices of discontinuance filed with the court on Tuesday, the Attorney-General stated it “wholly discontinues the appeal.”

‘Darkness enveloped my family’: After his brother’s death in prison, Yusuf Faqiri knew he had to help others

Editorial: A pandemic in prisons forces a rethink of why so many are behind bars

That single phrase terminates a protracted legal battle with civil rights groups that has fundamentally reshaped prison management in the country by rendering any form of solitary confinement stretching more than 15 days as cruel and unusual punishment.

“It’s a huge victory. We are thrilled,” said Noa Aviv Mendelsohn, equality program director at the Canadian Civil Liberties Association, one of the groups that sued the federal government in 2015 arguing that the Correctional Service of Canada practice known as administrative segregation violated the Charter of Rights and Freedoms on several grounds.

“They have been fighting us for so long and clinging to this practice for so long,” she said.

A joint statement released on Monday from the offices of Public Safety Minister Bill Blair and Attorney-General David Lametti said the government decided to abandon the appeal because legislation passed last year effectively repealed administrative segregation, the prisoner-isolation method akin to solitary confinement that has been the target of recent court challenges.

The British Columbia Civil Liberties Association and the John Howard Society of Canada filed a similar challenge in B.C. Supreme Court. The Supreme Court had agreed to hear appeals in both cases together.

Since 2015, the rights groups have argued that administrative segregation is an unconstitutional prison practice analogous to indefinite and prolonged solitary confinement, which has been found, in studies the world over, to inflict permanent mental and physical injuries upon prisoners. Some of those documented ailments include paranoia, psychosis, heart palpitations, eating disorders, permanent difficulty coping with social interaction, self-harm and suicide.

At the time the court challenges were filed, the prison service was facing heavy criticism for the deaths of two inmates, Ashley Smith and Edward Snowshoe.

Ms. Smith, a New Brunswick teen, died in 2007 by self-strangulation as prison staff at Grand Valley Institution watched. She had spent more than 1,000 days in solitary confinement. A 2013 coroner’s inquest jury ruled the death a homicide.

Mr. Snowshoe died by suicide in 2010 at Edmonton Institution. He’d languished in solitary for 162 days. A subsequent Globe and Mail investigation found that his deteriorating mental state had been ignored by prison staff.

In the wake of the deaths, various bodies recommended that prisons limit solitary confinement to 15 days, install independent oversight for segregated prisoners, and prohibit segregation for certain vulnerable groups, such as mentally ill, young and pregnant prisoners.

Those three planks became the basis of the court challenges when it became clear the correctional service was ignoring the recommendations.

In court, government lawyers declared that administrative segregation was a rare and Charter-compliant practice necessary to uphold the safety and security of federal prisons. Federal prisons had been holding around 800 prisoners in solitary confinement in 2015. As the litigation wore on, and the government came under continual pressure to enact reforms, the solitary population plummeted below 200.

The rights groups notched repeated victories in lower courts. But Ottawa tried to derail the proceedings by promising legislation that would address every aspect of the judicial decisions.

With Bill C-83, passed last year, the government said it was abolishing administrative segregation entirely and replacing it with a new form of prisoner isolation called Structured Intervention Units, which would grant prisoners at least four hours free from their cells, double their current entitlement, including two hours of “meaningful human interaction.”

The government said that giving prisoners four hours outside their cells meant structured intervention no longer met the definition of solitary confinement, defined by the United Nations as 22 hours or more hours in a cell without meaningful human contact.

But the rights groups, along with legal scholars across the country, say the units are still practising solitary confinement. They argue that the legislation fails to address two major constitutional holes identified by lower courts: a lack of binding independent oversight and an absence of limits on the amount of time prisoners can spend in isolation.

“The law continues to permit prolonged solitary confinement by failing to put a hard cap on the number of days a prisoner can be placed in solitary confinement,” said Grace Pastine, litigation director for the British Columbia Civil Liberties Association.

“We certainly hope that the government’s decision to abandon this appeal is a commitment to actually abolishing prolonged and indefinite solitary confinement and upholding the fundamental rights of all prisoners," she said. “We intend to monitor the government’s actions very closely." 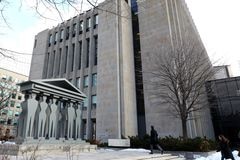 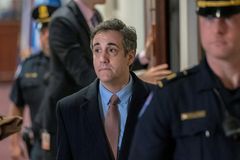