A group of Canadian volunteers helping with recovery efforts in the Bahamas say the harrowing story of a Canadian woman’s death during hurricane Dorian inspired them to help rebuild a school where she worked.

Alishia Liolli, 27, from LaSalle, Ont., died in the storm after a wall collapsed at a lodge in the Abaco Islands where she and her young family had sought refuge, pinning her underneath a bed where they had hunkered down.

The Category 5 hurricane that hit the country on Sept. 1 destroyed much of Every Child Counts, a vocational school for children and adults with special needs.

A few weeks into their work on the island, the team read about a local man’s efforts to save his Canadian wife, Liolli, and their two children, said Eric Goodwin, a Toronto police officer and British army veteran who uses part of his vacation to volunteer on disaster recovery.

They found the school and offered help to All Hands and Hearts, the organization doing the heavy lifting of the school’s rebuild.

“There’s a lot of work that needs to be done here,” Andrew Lloyd, another member of Team Rubicon Canada, said from the school’s grounds. “It was an important place for Alishia and we are doing whatever we can to help.”

The five buildings at the school, like most buildings in Marsh Harbour, became infested with black mould, he said. One is likely beyond repair.

The Canadian volunteers removed piles of debris that had washed up on school grounds and helped repair a roof on one of the buildings. All Hands and Hearts had stripped much of the inside of the buildings to prepare for mould remediation, Lloyd said.

Goodwin first landed in Abaco a few weeks after the hurricane tore through Marsh Harbour.

The team first worked on the island as sawyers, clearing roads of fallen trees and debris, Goodwin said. They also “mucked out” buildings and homes, stripping them down to the studs and repairing roofs.

“We knew the dead remained buried under the rubble,” Goodwin said. “The smell of death, the devastation to buildings and property, survivors wandering the streets shell shocked, it was something to take in.”

The team was self-sustaining, careful to avoid draining local resources. They slept rough, ate military rations and cleaned their own drinking water. They cleared roads of fallen trees and debris, “mucked out” buildings and homes, stripping them down to the studs, and repaired roofs, Goodwin said.

In total, 37 volunteers with Team Rubicon Canada spent about two months helping out in the Bahamas.

The few days they worked at Liolli’s school were special, though.

“We’re pretty saddened by the loss and we are also proud we can contribute something to her memory to try to get her school rebuilt and get the children back to school,” Goodwin said.

The team returned home last week, but they’re not the only Canadians trying to help.

Jean Golden spent several days in Marsh Harbour last month. It was an emotional trip for the Ryerson University professor who for several years had been taking a group of students to Every Child Counts as part of various programs. Liolli was one of those students who later became a friend, Golden said.

“When I came back, I sat in my chair for a couple of days just to absorb it all,” Golden said.

The hurricane, with its 295 km/h sustained winds and seven-metre storm surge, ripped through the nearby shantytowns where thousands lived – many of them undocumented Haitians and other Caribbeans.

Golden said she walked to the shantytowns, but there was nothing left.

“They’ve all disappeared,” she said, adding that crews have since cleared all the rubble.

“Now it’s all just gravel, acres and acres of gravel,” she said.

Golden has been raising money to help rebuild Every Child Counts, including a large donation from Liolli’s family, Ryerson and her students.

Lyn Major, the school’s founder and principal, said losing Liolli was hard for the staff and the community.

The Ontario woman had helped plan and build a residence for young adults with special needs as a way to help transition them to independence. That building was completed just one week before the hurricane hit.

“We just try and carry on the things she did want to see happen,” said Major, who is now living in Fort Lauderdale, Fla., with her two sons – both of whom are autistic and the inspiration for the school – while her husband is rebuilding their home in the Bahamas.

“She wanted to see that residence happen. That spurs me on to get it done.” 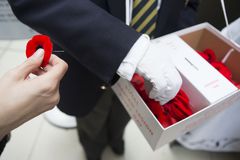 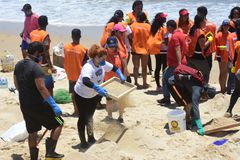