While the government spends hundreds of millions of dollars to develop and test potential vaccines for COVID-19, experts say mandatory vaccination is unlikely given the difficult practical and ethical problems that would entail.

“A vaccine will be extremely important to getting back to normal,” Prime Minister Justin Trudeau said Tuesday, adding that effective treatment could help us get there too.

A recent poll conducted by Leger and the Association for Canadian Studies found 60 per cent of respondents believe people should be required to get the vaccine once it’s ready, although that is likely to be many months away.

There are no truly mandatory vaccines in Canada. While provinces like Ontario and New Brunswick require children to be vaccinated in order to attend school, there are exemptions for medical and ideological reasons.

For adults, the only Canadian precedent for mandatory vaccines is for medical workers who must be immunized against certain diseases to protect themselves and their patients, MacDonald said.

“What’s your consequences for not doing it if you make it mandatory?” said MacDonald, a professor with the faculty of medicine at Dalhousie University. “What’s your penalty? Or what’s your incentive?”

Those questions are more complex than they appear, and can lead policy-makers down a rabbit hole.

Australia tried to convince parents to immunize their children by making certain tax benefits contingent on those vaccinations, MacDonald said.

Ethically speaking, the government would have to make sure not to unduly penalize people who don’t get the vaccine.

Policy-makers also have to worry about a backlash, said Ubaka Ogbogu, an associate professor with the University of Alberta who specializes in law and bioethics.

“The reason why we should probably not raise the question of mandatory vaccination in relation to COVID-19 is because it’s deeply controversial,” Ogbogu said.

There is usually vehement opposition to mandatory vaccination, at least by small but vocal groups who worry about the safety of vaccines and government infringement on their liberties.

Those people are likely to be even more concerned about a rapidly developed vaccine, he said.

“The last thing you want is for (a vaccine) to become available, and then we spend a lot of time fighting over whether it should be mandatory or not, when I think people are going to want it,” he said. “I think what we’re going to have is the opposite issue.”

The question of whether to make the vaccine mandatory assumes there will be enough to go around, which both experts agree is doubtful.

It’s difficult to know what the uptake in an eventual vaccine will be, said chief public health officer Dr. Theresa Tam.

“Sometimes it’s quite an emotional reaction,” she said Saturday.

“I recall in the last pandemic when you’d get an increase in deaths, for example, people will suddenly want to take up the vaccine very fast when you don’t have enough to go around.”

The more likely ethical quandary for policy-makers will involve figuring out how to distribute a limited supply of the vaccine in a way that is fair and effective.

That will depend on how knowledge of the vaccine and the disease develops.

Influenza, for example, spreads rampantly among kids who are in school so it’s important to boost their immunity. But it’s not clear if the same is true of COVID-19, MacDonald said. It may be that health-care workers should be the first to receive the vaccine, or people who work in long-term care homes.

To make matters more complicated, with several vaccines in development the successful candidates may be more effective in some populations than others.

Those are all factors that will have to be sorted out as the government works toward rolling out a vaccine in Canada.

The federal and provincial governments are going to have to make “extremely important decisions,” about how to achieve the optimal level of vaccination, Trudeau said Tuesday, and those decisions will be informed by research. 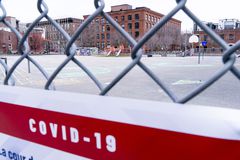 Too early to discuss ‘immunity passports’ for people who recovered from COVID-19, Trudeau says
April 28, 2020 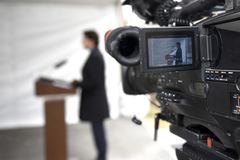 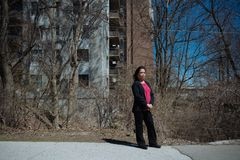