The U.S. is offering to fly out dozens of Canadians stranded in Wuhan who could not be accommodated on a flight chartered by Ottawa, but questions remain about how Canada will evacuate the rest of its citizens from the region at the centre of the coronavirus outbreak.

The government is also urging all Canadians who do not need to be in China to leave using commercial transportation as soon as possible. It is becoming increasingly difficult to travel in and out of China, as airlines cut flights and countries impose travel restrictions.

Foreign Affairs Minister François-Philippe Champagne said Wednesday that 211 Canadians are scheduled to depart late Thursday after being delayed by a day owing to bad weather.

But as of Wednesday, a total of 373 people, including citizens and permanent residents, have requested the government’s help to leave Hubei province, where Wuhan is located.

Mr. Champagne said the U.S. State Department has offered to fly a few-dozen Canadians on one of its planes, which is set to depart Wuhan a few hours after Ottawa’s charter flight.

It’s unclear how many more Canadians would be left in Wuhan, but Mr. Champagne said the government would look at other options, such as chartering a second plane or working with allied countries.

Still, some people may be denied boarding as a result of rules imposed by the Chinese government. Anyone who has symptoms, such as a fever or cough, won’t be allowed on the evacuation flights. China is also barring permanent residents and Chinese citizens from leaving, unless they are the primary caregiver of a child on the evacuation list.

For the passengers on the ground in Wuhan, even getting to the airport has been an ordeal, with the government imposing strict limits on highway travel and most hotels closed.

Christopher Lan and his family were forced to sleep in their car near the Wuhan airport after the Canadian charter flight was delayed earlier this week.

“We have some water and some food and there is a convenience store nearby,” said Mr. Lan, a professor at the University of Ottawa. “It was frustrating in the beginning but now we are in peace with the reality.”

Vincent Ouyang, a Richmond, B.C., resident, confirmed several times with Global Affairs that he was set to leave on the charter flight. But after the plane was delayed, he learned his name was no longer on the list. He called the process “inefficient."

“There are so many uncertainties now. I feel a bit disheartened.”

Evacuees will be screened multiple times before they board and will be monitored for symptoms throughout the flight. The Canadian charter flight will land in Vancouver for refuelling before heading to the Canadian Forces Base in Trenton, Ont., where passengers will be placed under quarantine for 14 days at the Yukon Lodge. Passengers on the U.S. evacuation flight will land in Vancouver and will then be transported to CFB Trenton.

At least 28,000 people have been sickened and more than 500 have died as a result of the virus, known as 2019-nCoV. The vast majority of cases are in China, but the illness has been detected in two dozen other countries around the world.

Five people in Canada have tested positive for the virus: three in Ontario and two in B.C. All of the patients are recovering and are isolated until they have two negative tests for the virus.

But health officials say it’s very likely that Canada will see more cases of the illness and health-care facilities will have to be on guard. 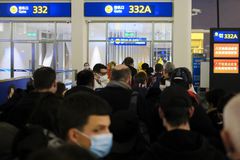 Canadians in Wuhan face uncertainty over coronavirus fears as they wait for evacuation
March 11, 2020 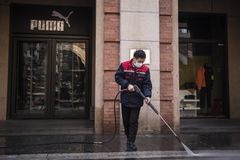 Canadians to start being evacuated from Wuhan on Thursday, government letter says
March 11, 2020

Follow Carly Weeks and Xiao Xu on Twitter @carlyweeks @xiaoxuyvr
Report an error Editorial code of conduct
Due to technical reasons, we have temporarily removed commenting from our articles. We hope to have this fixed soon. Thank you for your patience. If you are looking to give feedback on our new site, please send it along to feedback@globeandmail.com. If you want to write a letter to the editor, please forward to letters@globeandmail.com.
Comments