A cattle industry group says measures that helped ranchers weather the BSE crisis in the early 2000s should be brought back immediately as the COVID-19 pandemic slows down work at packing plants.

The Canadian Cattlemen’s Association is calling for a federally co-ordinated “set-aside” program that would enable producers to keep their animals longer. It would involve feeding cattle a maintenance diet instead of the more nutrient-dense growth diet they would normally eat ahead of slaughter.

“What we’re needing to do now is to essentially slow down the supply chain, because we don’t have the processing capacity that we normally would have,” Fawn Jackson, the group’s director of government and international affairs, said Tuesday.

The program could follow the model developed in 2004 after the discovery of BSE, or mad cow disease, forced borders to close to Canadian beef exports.

A committee would determine how many head of cattle need to be held back and farmers who volunteered would be compensated for the cost of waiting to sell their animals.

“There’s a lot of producers across Canada and we need to handle this in a very co-ordinated manner to ensure stability within our supply chain,” said Jackson.

Several meat processors across North America have suspended or slowed their operations recently because of outbreaks of COVID-19 or due to physical-distancing measures meant to stop the virus from spreading.

They include the Cargill Meat Solutions plant south of Calgary, which represents more than one-third of Canada’s beef-processing capacity. It announced this week that it is idling its second shift of workers.

United Food and Commercial Workers Local 401 said there have been 38 cases of COVID-19 at the plant in High River. It has called for a two-week closure with guaranteed full compensation for 2,000 workers.

“The workplace is arranged around something that is the opposite of ‘social distancing.’ Your workplace is designed around the concept of ‘social proximity,“’ Local 401 president Thomas Hesse wrote in a letter to the Cargill plant’s general manager on Sunday.

“Unfortunately, the employer is just not doing enough to protect its employees in this environment. You need to do more.”

Alberta Agriculture Minister Devin Dreeshen said his department has been working with Alberta Health Services, the Labour Ministry and the Canadian Food Inspection Agency to ensure food processors continue to operate or can resume as quickly as possible should there be a COVID-19 infection among staff.

“Ultimately these plants need to be operational in order for our food supply system to continue to operate,” said Dreeshen, who added he’s confident in safety protocols.

An Olymel pork plant northeast of Montreal was to reopen Tuesday after a COVID-19 outbreak forced a two-week shutdown.

“This really is a marketplace that doesn’t like uncertainty,” John Ross, executive director of the Canadian Pork Council, said last week.

“We have an industry that’s built for just-in-time. In our world, unlike in grain, or perhaps even dairy, you can’t store pigs. They’ve got to move.”

“The (processing) capacity has been an issue at the best of times,” he said. “When we’ve got slowdowns like this, the ones at the raw end of the deal are the farmers and they’re going through an extraordinarily difficult time right now.”

Grier said he doesn’t foresee much of an impact on consumers.

“There will be spot shortages here and there, and there will be some scrambling, but it’s nothing I think consumers need to be concerned about.” 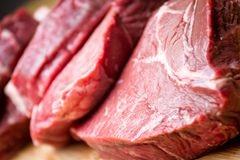 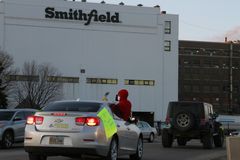 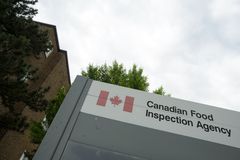