Ontario Premier Doug Ford’s pledge to open up vaccinations to all adults in high-risk communities is sowing confusion among the public, with reports of people being turned away at clinics and hospitals overbooked as they await supply.

Almost a week after Mr. Ford’s government announced that adults in hot-spot areas – starting in Toronto and Peel Region – would now be eligible for a vaccine through mobile or temporary “pop-up” clinics, the province released more information about how people can get their shots.

Ontario’s booking system only allows those aged 50 and over in 114 designated postal codes to reserve online or by phone, while adults 18 to 49 in the hardest-hit communities of Toronto and Peel will mostly be able to access vaccines through pop-up or mobile clinics run by the local public-health units or community groups. The government also said it is working on organizing on-site clinics at large workplaces, although the employers would be responsible for setting up the sites and paying for them.

Mr. Ford’s government is also facing pressure from opposition leaders to speed up vaccinations of child-care workers, who are still working in-person even though schools in the province will stay closed indefinitely.

Critics say the government has not been clear enough about how people in hard-hit areas can get vaccinated, leaving them to figure out when mobile clinics might be coming to their community or relying on local pop-up clinics that often aren’t widely promoted.

Calling Ontario’s vaccine plan “simple,” Mr. Ford said anyone who is 18 and over in a designated hot spot in Toronto and Peel is now eligible to get a shot – even though they can’t register on the province’s website.

“I never mislead anyone. I’m very clear,” the Premier said Tuesday at the BAPS Hindu temple in the Toronto suburb of Etobicoke, where a pop-up vaccination clinic will open on Wednesday for three weeks. “If you go into a company, and you’re going to vaccinate that company, it doesn’t matter if the person is 21 or 31 or 41 or 51.”

The Opposition NDP accused Mr. Ford of orchestrating a “shoddy, messed-up plan” that does not give people clarity about how they are supposed to get vaccinated.

“It’s like digging for gold, trying to find the solution here to get their vaccine,” NDP Leader Andrea Horwath said.

Scott Reid, a principal at Toronto communications firm Feschuk.Reid, tweeted yesterday that three adults in his household who are under 50 and living in a hot spot were able to book vaccine slots through Toronto’s VaccineTO website after Mr. Ford’s announcement. But even after receiving appointment times and confirmation codes, he said they were turned away at the clinic because they were told they were ineligible based on the province’s current vaccination rules. Meanwhile, two pop-up clinics in Toronto’s east end associated with the Unity Health Toronto hospital network have been accepting bookings for all adults 18 and over.

“It’s disappointing,” said Mr. Reid, former director of communications to prime minister Paul Martin. “There’s plenty of confusion when the Premier of Ontario says one thing, and the system is not set up to do the one thing he has said.”

He said UHN is only scheduled to receive 2,000 doses each week over the next two weeks, and is also vaccinating those with high-risk health conditions, such as transplant recipients and cancer patients. At this rate, he said, one of their clinics will close next week.

Dr. Smith said he’s pushing both the federal and provincial governments to send more vaccine doses to the GTA, where the virus is most active. He said while the provincial government has mentioned holding back about 10 per cent of its vaccines in order to manage supply, now is the time to be “super aggressive” in rolling them out.

“Obviously, I believe we should be getting them into arms as quickly as possible if there are any in freezers,” he said. 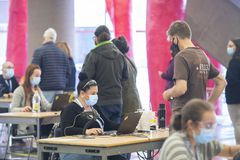 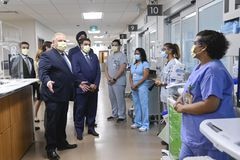 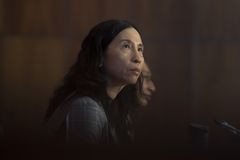