Coronavirus information
The Zero Canada Project provides resources to help you make the most of staying home.
Visit the hub
Kristy Kirkup
Published April 16, 2020 Updated April 17, 2020
Comments
Please log in to listen to this story. Also available in French and Mandarin. Log In Create Free Account

Since his wife Joan died eight years ago, 80-year-old Dave Barnes had been caring for her beloved African Grey parrot Zoe.

But when Mr. Barnes fell sick with COVID-19, the bird was suddenly in need of a new home.

Zoe is no average pet. She’s been with the Barnes family for 25 years, since Joan first showed up with the young bird, to her husband’s surprise.

“My father didn’t really want one,” said their son, Michael. “She came home with this African Grey parrot, a beautiful bird, and it just became a part of the family.”

Mr. Barnes loved Zoe, but for most of the bird’s life he wasn’t her main caregiver, Michael said, adding this all changed when Joan died.

Zoe largely filled Mr. Barnes’s days after that; the bird even referred to him as “David,” mimicking an intonation similar to his wife’s.

But this week, Mr. Barnes became ill and is no longer able to care for Zoe.

Mr. Barnes has lived at the Carolina Retirement Residence in Perth, Ont., located about an hour outside of Ottawa, for the past three years, where other residents have also tested positive for the novel coronavirus.

Mr. Barnes, who also suffers from underlying conditions including diabetes and a benign brain tumour, was found feverish when a nurse came into his room to give him medication.

Mr. Barnes was then hospitalized, where he tested positive for the coronavirus. Soon after, Michael quickly became concerned about what to do about Zoe.

A parrot requires a lot of unique care, he said, adding he wasn’t opposed to taking care of Zoe but his Toronto-based family has a dog and it wasn’t the best solution for the bird or for them.

“Looking for someone to adopt a bird is complicated,” Michael said. “Many of the typical sanctuaries aren’t taking pets right now [during the pandemic] because of all the health risks.”

Michael’s wife, Annabelle, who works for a travel company, reached out to her Ottawa colleagues and shared that the family was looking for a new home for Zoe.

Through contacts there, they were able to track down Ottawa bird lover Manon Valin, who last week lost a 23-year-old African Grey parrot of her own, named Tenanga, likely to fatty liver disease.

“It’s like we are getting a second chance to provide another bird, the same kind, another future," she told The Globe and Mail. African Greys in captivity usually have a lifespan of 40 to 60 years.

On Thursday, Ms. Valin said she carefully co-ordinated the pickup of Zoe with retirement residence staff who brought the parrot out. Zoe was put into a travel cage while the humans maintained a distance and then, after the hand-off, sanitized their hands.

Zoe is now in quarantine with Ms. Valin and will be for the next month.

For Ms. Valin, who has two other parrots, there was no question she should adopt Zoe.

“Hearing about another parrot that needs to be saved and almost the same age as my first African Grey, it was unbelievable. ... It was something pretty special to be able to do that for that family.”

Ms. Valin also said she owes the Barnes family a lot of gratitude for making the adoption possible and placing faith in her without even having met her.

She also said it is surreal that Tenanga, who was her first parrot, left her life a week ago and another similar-looking, but slightly smaller African Grey has come into it.

“It is like keeping the memory of Tenanga alive." 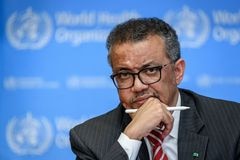 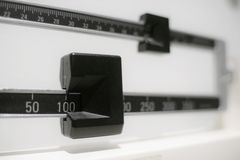