A massive breakdown of the bail system in Northern Manitoba “should shock the conscience of any reasonable person,” a judge says, as thousands of Indigenous people who are presumed innocent have languished behind bars for days or weeks, waiting for a hearing.

Ruling on a case in which a woman accused of assault spent 51 days waiting for a bail hearing, Manitoba Court of Queen’s Bench Justice Chris Martin described a chaotic system that in many instances, he says, has “collapsed.”

Accused persons waiting for bail sit all day in crowded courtrooms in Thompson, Man., and many “time out” when court closes at 5 p.m.​, Justice Martin said in a ruling last week.

They then face a 400-kilometre ride, often in bad weather, in a packed prison van to the nearest detention centre in The Pas, he wrote. There is no jail in Thompson, which is about 800 kilometres north of Winnipeg, just some RCMP holding cells. 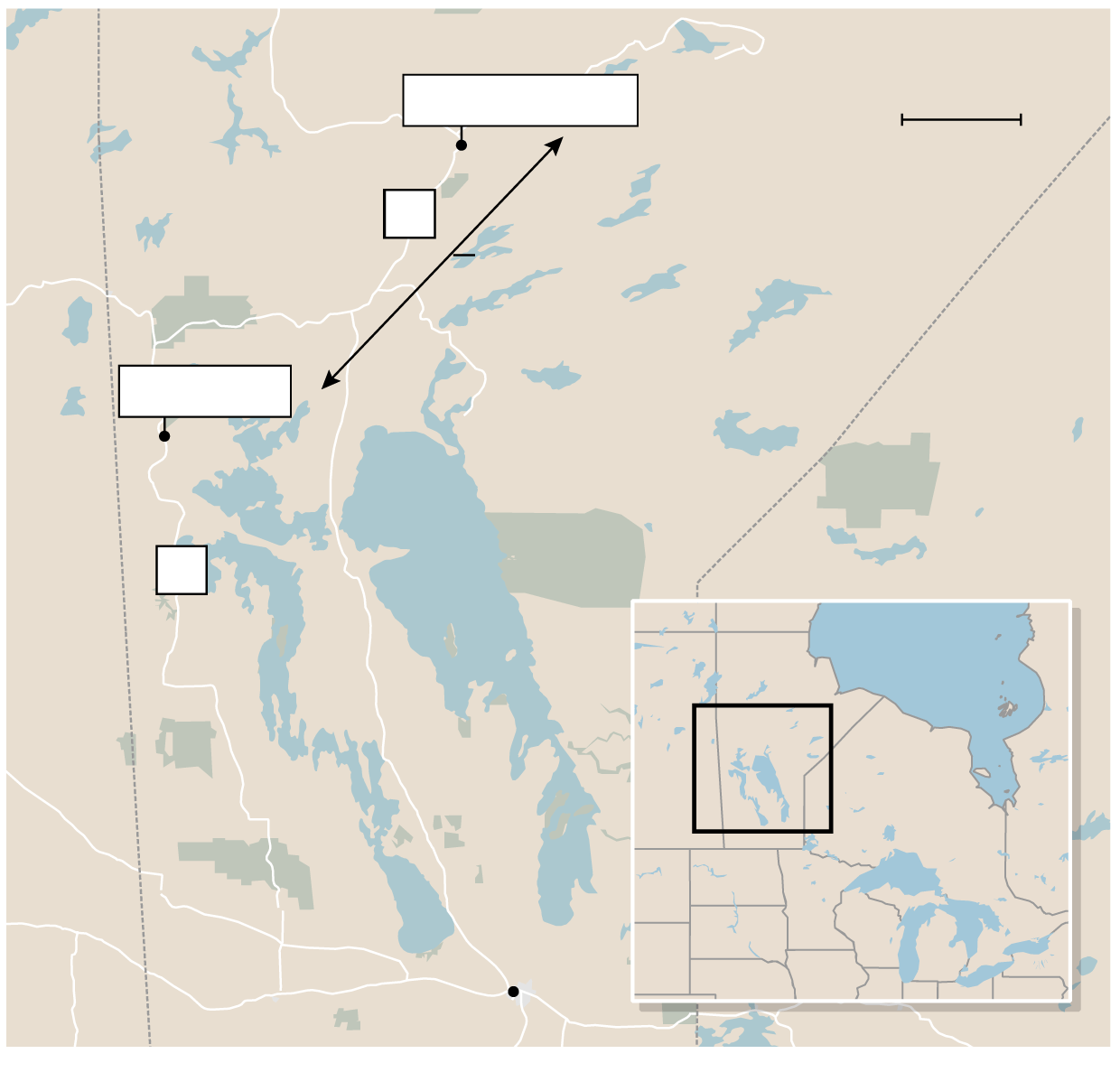 The bail issue touches on broad, overlapping problems in the Canadian justice system: delay in criminal courts; a bail system described by the Supreme Court as too risk averse, in which the country’s provincial jails are bursting with people waiting for trial, and sometimes simply for a bail hearing; and disproportionate numbers of Indigenous people in custody.

The right to timely bail is expressly protected by the Charter of Rights and Freedoms, and the Criminal Code spells out how quickly the system is supposed to work: a hearing within 24 hours, with extensions possible, on consent of the accused person, of 72 hours at a time.

“It’s assembly line justice,” Justice Martin wrote, in concluding that the 51-day delay violated the constitutional rights of Lesley Ann Balfour, a single mother of four. He said her experience was the rule, not the exception, and he called for an independent, comprehensive review of the system.

The judge cited an affidavit from a former Crown attorney who said she had witnessed thousands of people denied their right to timely bail hearings.

The problems in Northern Manitoba, including a shortage of prosecutors and legal-aid lawyers, are “so pervasive, so insidious,” Justice Martin said, “that even the standard bearers of the judicial system, judges, Crown counsel and defence counsel, frequently succumbed to the deficiencies instead of resolutely insisting upon the constitutionally protected safeguards implicit in an individual’s … Charter rights.”

Ms. Balfour “timed out” five times while waiting for her bail hearing, Justice Martin said. (The Crown had opposed her release because she was suspected of a second assault after being released initially on a promise to appear in court.) When she was finally released to her community of Norway House, 300 kilometres from Thompson with her father as guarantor of her bail (and caregiver to her children) the band government had given her home to another family. (She was under a court order to live at home, and so she moved in with that family.) Justice Martin said bail could and should have been arranged within a few days.

The firm 5 p.m. closing time is a policy of Provincial Court Chief Justice Margaret Wiebe, Justice Martin said, and cited the case of a judge who said he got in trouble when he tried to go beyond 5 p.m.

Chief Justice Wiebe, in an interview with The Globe, said she could not speak directly about the ruling. But she said the courts are grappling with difficult logistical issues. A small number of judges (three in Thompson, plus two judicial justices of the peace), plus court clerks and other officials, travel a busy “circuit” of more than 15 courts in the province, often in bad weather and with plane schedules they must meet, she said.

The day does not truly end at five, she said. "It’s after that that judges are doing their reading of reports or case law or writing decisions. Clerks often still have a few hours to do the paperwork that comes in throughout the day.” And sheriffs must drive accused people to The Pas.

“We’re very mindful that we’re dealing with people and their lives and the consequences to their lives. It’s definitely not a numbers game as to how many people you can get through in a day. There have to be very deliberate decisions.”

She said that, as of next January, Thompson will conduct bail hearings five days a week, rather than the current three days.

Rohit Gupta, a Winnipeg lawyer in his first year of practice, launched the constitutional challenge, with assistance from Toronto lawyer Boris Bytensky. The prosecution argued that systemic problems were irrelevant to the issue of whether the individual rights were violated.

“The system is broken,” Mr. Gupta said in an interview. “It was no secret to anyone. It’s been like this for years.”

He said he has represented young people in Thompson with no criminal record, whose cases time out – even though the prosecutor does not object to their release – and who wind up jailed alongside hardened criminals.

“It’s a two-tier justice system that we operate in the North.” By contrast, he said, in Winnipeg, weekend and evening bail courts are held, with duty counsel (free lawyers) available.

Even one day in prison can have a huge impact, Mr. Gupta said. “That time in custody could mean the loss of their house, could mean Child and Family Services get involved and apprehend their children, it could make it difficult to have any employment whatsoever.”

Grand Chief Arlen Dumas of the Assembly of Manitoba Chiefs, said the ruling demonstrates that the justice system did not follow up on the recommendations of Manitoba’s Aboriginal Justice Inquiry 20 years ago. “The people that I speak to are very disappointed,” he said. “They think it’s unethical.”