Staggering daily case counts elicited stern warnings to immediately tighten social circles and limit outings in the nation’s COVID-19 hotspots, but also gave rise to a growing schism between municipal and provincial leaders who clashed Friday over how to tackle the second wave.

Ottawa’s medical officer of health warned the entire health-care system was on the verge of collapse if transmission was not contained, suggesting the escalating spike jeopardized the ability of schools to remain open.

“If we do not slow the transmission it will lead to stricter lockdown, closure of businesses, public venues, even schools.”

Toronto’s medical officer of health also pressed for ramped up measures – including a four-week halt to indoor restaurant service, an end to indoor gym classes, and an order that people only leave home for essential activities including work, education, exercise, medical appointments and food.

Dr. Eileen de Villa called it a “made-in-Toronto solution” that would prevent a broader lockdown, noting she did not have the authority to act on her suggestions.

“Without quick action to implement further public health measures, there is an acute risk the virus will continue to spread widely, which means spread more and further and eventually faster, stressing the health-care system and further straining Toronto’s economy,” de Villa said in her Friday briefing.

Community spread has been of particular concern in Toronto, where nearly half of 45 community outbreaks between Sept. 20 and 26 occurred in restaurants, bars and entertainment venues.

That included one downtown pub where up to 1,700 people may have been exposed last weekend, and another where 600 exposures may have taken place. Friday’s case count included 323 of them in Toronto and 111 cases in Peel Region.

Ontario Premier Doug Ford introduced measures Friday that limit restaurant capacity in Ottawa and Peel Region to 100 customers, while Toronto Public Health capped numbers in Toronto to 75. Tables will be limited to no more than six people.

The province also restricted COVID-19 testing to appointment only, ordered masks for all public indoor spaces, and told residents to restrict interactions to their immediate household – even if it means curtailing Thanksgiving plans.

Ford disagreed with suggestions his government failed to shield residents from a second wave, pointing to recent investments in the flu shot, contact tracing, and long-term care.

“It’s so easy when you aren’t in the trenches to sit back and be the armchair quarterback,” said Ford.

“We’re doing good. Did everyone, you know, let their guard down a little bit when we had under 100 cases, (when) everyone thought it was OK? Yes, some people did. And now we have to get through this again like we have with everything else, folks.”

Meanwhile, in Quebec, five million residents prepared to enter the weekend under a partial lockdown that practically bans all parties and socializing.

Officials said daily infections reached 1,052 in the province on Friday, 357 of them in Montreal, 183 in the region around Quebec City and 112 in Monteregie, south-west of Montreal.

Debate over the second-wave strategy has also hit La Belle Province, where Premier Francois Legault earlier this week ordered a 28-day lockdown to limit COVID-19 spread and has enlisted police in enforcing public health rules that can impose $1,000 fines on those who don’t comply.

Some Montreal restaurateurs have complained of being treated unfairly by the lockdown, saying there have been no COVID-19 outbreaks tied to the city’s famed restaurant industry. Nevertheless, officials have temporarily banned private indoor gatherings and shut bars, cinemas and restaurant dining rooms.

Legault described the situation Friday as “critical” and suggested more restrictions could be imposed Monday, when new rules are expected for sporting activities and gyms.

Quebec provincial police also said they will begin an “awareness” campaign Friday to discourage residents of hotspots from non-essential travel to less-affected areas.

Trudeau kicked off the conference offering best wishes to U.S. President Donald Trump and the first lady, who tested positive for COVID-19.

The bombshell development shook Washington, raising questions about Trump’s ability to campaign in the critical leadup to next month’s U.S. election, as well as the apparent lack of precautions taken by White House staff.

The prime minister also went into isolation earlier this year when Sophie Gregoire Trudeau tested positive for the novel coronavirus in March after returning from a trip to England. She recovered within weeks.

Meanwhile in Manitoba, officials offered tips for a safe Halloween amid COVID-19, suggesting distancing tricks could involve using tongs to distribute candy at the door.

Manitoba reported 43 new cases, 29 of them in Winnipeg, as well as another COVID-19 death, bringing its total to 21.

Back in Toronto, Mayor John Tory backed de Villa’s call for a tailored solution for the country’s most populous city, but also said the provincial government has been “collaborative” and “open” to the city’s concerns.

The ‘Atlantic bubble’ has largely succeeded in keeping out COVID-19. But can it last?
November 11, 2020 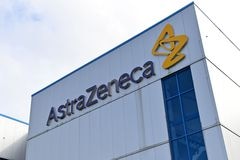 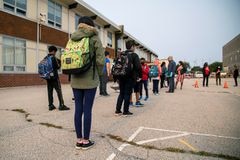