The Crown presented its final arguments at the first-degree murder trial of Ugo Fredette on Friday, reading to the jury each of the 179 private messages sent by the accused to his estranged wife the day before her killing.

Prosecutor Steve Baribeau also pointed to 19 phone calls made by Fredette to Veronique Barbe the day before Sept. 14, 2017, when the 41-year-old woman was stabbed repeatedly in her home north of Montreal.

The Quebec man is on trial for first-degree murder in the deaths of Barbe and Yvon Lacasse, a man whose car he stole after an encounter at a rest stop while on the lam with a young child.

Baribeau sought to establish that Fredette killed Barbe in a context of criminal harassment. He noted that while he wrote all those Facebook messages and made so many phone calls, she responded just 27 times on Facebook and phoned him but once.

Baribeau noted the messages came on the same day the couple met with a therapist to whom Veronique Barbe confided she was “terrorized” by Fredette. She was fearful to the point she didn’t want to go home with Fredette, Baribeau said, using the testimony of therapist Michel Corneillier.

Baribeau laid out the Crown’s case on Friday – arguing that Fredette killed Barbe because he was unable to accept their split, that Barbe wanted to put an end to the relationship and sell the family home.

He illustrated the argument by citing messages in which Fredette pleaded with Barbe not to leave him, said he didn’t want to be alone and begged to be given another chance.

Barbe repeatedly told him to stop and asked at one point if she needed to call someone to ensure she would not be harassed or harmed. She wrote that he scared her.

But the prosecutor said the accused’s version is he went home that night and Barbe greeted him warmly, expressing interest in a sexual game.

“Do you believe that?” Baribeau asked the jury. “What does your common sense and logic dictate to you?”

Barbe was found dead at the home in St-Eustache, stabbed 17 times. Fredette later killed Lacasse at a rest stop and stole his vehicle in what the prosecutor said was an effort to evade police.

The prosecutor ripped into the credibility of the accused, who claims to have snapped and not remember much of the events surrounding the slayings.

“Do you believe Ugo Fredette who says he does not remember anything as soon as Veronique Barbe grabbed a knife. Do you give credibility to that?” Baribeau asked. “It will be up to you to decide whether you trust what Ugo Fredette told you, that he did not intend to kill her.”

Fredette has admitted to causing the two deaths but has denied the intent necessary for conviction on premeditated murder charges. He said the couple had a tumultuous relationship and he snapped the day of the slaying.

Defence lawyer Louis-Alexandre Martin made his final arguments on Thursday, asked the jury to consider the lesser charge of manslaughter, arguing Fredette never intended to kill anyone that day.

Superior Court Justice Myriam Lachance will give her final instructions to jurors next week. 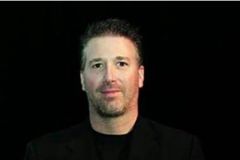