They can promise the world, seeking voters’ support: more affordability, greater and more evenly spread economic opportunity, a stronger social safety net. But the leader of a subnational government will always be hostage to unpredictable external factors – like, say, the leader of Canada’s biggest trading partner deciding it would be a laugh to start a trade war.

If the U.S. President’s steel and aluminum tariffs against Canada, Mexico and Europe aren’t a passing fancy, Ontario will feel the impact more than most jurisdictions. The province which accounts for more than half of this country’s total cross-border trade, largely because of its auto sector, could expect job and wage losses. Those would be disproportionately concentrated in its manufacturing belt, exacerbating geographic divides. And provincial revenue could take a major hit – complicating the plans of a government already running a significant deficit.

It’s a turn of events that demands voters consider something beyond which party best fits their current mood: Which of the people vying to be Premier after June 7 would they most trust behind the wheel, if the road gets much bumpier?

The question isn’t really who would best be able to advocate for Ontario’s cross-border trade interests. If Justin Trudeau wasn’t able to keep Canada out of Mr. Trump’s crosshairs despite devoting much of his time and resources as Prime Minister to it, it’s highly unlikely any premier will have more luck. The best that can reasonably be expected is to manage relations with state governments.

The bigger potential demand on the next premier is adaptability to unpleasant circumstances beyond his or her control. Who can be trusted to nimbly help adversely affected industries or mitigate work-force impacts? Who would be capable of narrowing down spending priorities? Who wouldn’t have a complete meltdown, once they realized what they had signed up for?

There is no one correct answer; different voters have different ideas of how these skills should be weighed. Not that Ontarians exactly have an overabundance of reassuring options.

In a different campaign, Mr. Trump’s intervention might have bolstered a safe-hands argument for the incumbents. But most Ontarians seem to have already made up their minds that it’s time to move on from Kathleen Wynne’s Liberals, leaving them deciding between Doug Ford’s Progressive Conservatives and Andrea Horwath’s New Democrats.

Despite the Ontario Tories not having won an election this century, and lots of internal dysfunction, Mr. Ford might be able to claim relative institutional strength at his disposal. He would have a comparatively easy time finding staff who worked in government previously, notably for Stephen Harper’s federal Conservatives. He could draw private-sector expertise. His candidate ranks include at least a couple of obvious options for finance minister.

There may never have been a would-be premier, however, who has tried less to demonstrate his own fitness for office. Mr. Ford plainly and unabashedly knows little about how the provincial government works. His platform commits billions of dollars to new spending and tax cuts without explanation of how he would pay for them, preventing voters from knowing how he balances priorities. He is running more of a bubble campaign, away from scrutiny, than any other opposition leader would dare.

By comparison, Ms. Horwath – who has spent eight years leading her party in fairly effective opposition in the legislature – knows her stuff. While her platform is hardly rock-solid proof of competence, considering it included a very basic $1.4-billion math error, she has at least given a clear sense of the sorts of trade-offs she wants to make, including tax hikes for large businesses and high-income earners to help pay for more social spending.

It’s her party that’s more likely to give pause. Competitive for the first time since the 1990s, the Ontario NDP has many candidates who would be surprised to win, and limited experienced staff to draw on. And its activists, from organized labour or otherwise, tend to view pragmatism as betrayal. This combination of inexperience and ideological rigidity tore it apart the one time it won government – partly because it was saddled with economic woes not of its own making.

Perhaps Ontario’s next government won’t have to deal with any such crisis, right away. Maybe Mr. Trump’s trade war will prove a brief tantrum.

But even before the tariffs, there seemed a good chance of economic unpleasantness in the next four years, if only because almost a decade has passed since the last recession.

Besides, governments almost always wind up dealing with the unforeseen. That’s good reason for campaigns to be, in some measure, about figuring how leaders and parties would handle it.

As much disservice as Mr. Trump otherwise did Canada this week, he may have inadvertently done Ontarians one favour if he helped focus their minds. 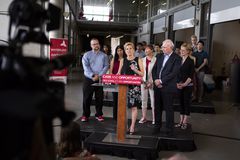 Doug Ford’s art of the deal: What is he pitching to Ontarians and will they buy it? Subscriber content
June 4, 2018 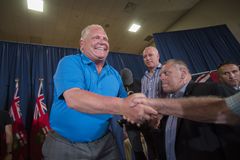 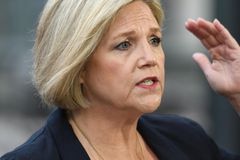