Ontario Premier Doug Ford says his cabinet is meeting Thursday to decide on potentially sweeping new COVID-19 restrictions for Toronto and the neighbouring regions of York and Peel, warning of a possible “lockdown” as infections and deaths rise.

The Premier said the decision will be announced on Friday, after his cabinet votes on recommendations from Chief Medical Officer of Health David Williams.

Toronto, York and Peel are already among the regions in the province’s “red zone,” with the highest restrictions short of a lockdown under the government’s colour-coded COVID-19 framework. In talks with other regions and the province, Toronto – which has added its own bans on indoor dining and fitness classes – has called for Ontario to bring in even stricter measures.

Mr. Ford, scolding “anti-maskers” and partygoers for putting fellow citizens at risk, warned that he would not hesitate to lock down parts of the province if Dr. Williams concludes it is needed to reverse the rapid increase in coronavirus cases.

“I can’t stress this enough: The situation is extremely, extremely serious. Right now, we are staring down the barrel of another lockdown in these regions,” Mr. Ford told his daily news conference, as the province recorded 1,417 new infections – with 463 in Peel Region alone – and 32 deaths. According to provincial numbers, Toronto recorded 410 new cases, with York Region registering 178.

The measures were expected to include new rules for retailers, as the transmission threat of large holiday shopping-mall crowds looms. But in the second wave of COVID-19, the government has yet to define what a lockdown would entail. Officials have said they intend on keeping schools and daycares open for as long as possible.

The rush toward new action in the province’s virus hot spots comes after pleas from local public-health officials for more action on a regional level to stop the virus. But neither Toronto Mayor John Tory nor the city’s Medical Officer of Health, Eileen de Villa, would reveal what she has recommended to the province.

Dr. de Villa said the proposed restrictions were aimed at limiting the likelihood of close contact in crowded and indoor settings, where the virus is known to spread. She and Mr. Tory also said new restrictions must be accompanied by financial support for those affected and paid sick days for workers who must self-isolate, to ensure that no one comes to work with symptoms out of fear of losing pay.

A source familiar with the matter said Dr. de Villa had called for the closing of stores to the public and allowing only curbside pickup if cases were to continue to shoot up dramatically. The Globe and Mail is not identifying the person because they were not authorized to speak publicly about the recommendations. Asked Wednesday, Dr. de Villa declined to confirm this, but said the measures were still the subject of “active conversations.”

Speaking alongside Dr. de Villa, Mr. Tory said the proposed restrictions are needed to cut down on the potential for large crowds in shopping centres. He told a local television news station earlier this week that store-capacity limits were among the proposals.

The mayor, who urged residents to stay home instead of seeking “Black Friday” bargains, said Wednesday that the city’s test positivity rate was now at 6.2 per cent, well above the 3-per-cent level experts say is a cause for alarm.

He said the province is best positioned to bring in what should be a GTA-wide approach to new restrictions, as the virus “does not respect municipal boundaries.” But he said Toronto would not hesitate to act on its own if necessary.

COVID-19 in Peel Region – which has Ontario’s highest infection rate at 1,200 cases per 100,000 people – is concentrated in the city of Brampton. But Brampton Mayor Patrick Brown said that a lockdown in his city would not mean people would be able to stay home – as many work in factories or warehouses that would stay open regardless.

“A majority of my work force works in transportation, logistics and food processing … When you went around Brampton in March, they were all working. Our transit system was still busy with people going to work,” he said. “Unless people are going to shut down essential work, this lockdown is not a real thing.”

Ontario will not extend winter break for schools despite surging COVID-19 cases
November 18, 2020 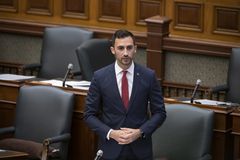 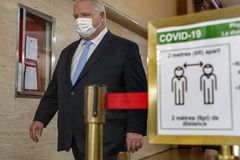 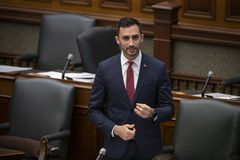