Serena Marotta
Published May 31, 2021 Updated May 31, 2021
Comments
Text Size
Please log in to listen to this story. Also available in French and Mandarin. Log In Create Free Account

At Pinery Provincial Park, biologist Jessica Linton knows the location, to the centimetre, of every individual shrub and cluster of New Jersey tea—a larval host plant of Ontario’s only endangered butterfly species, the mottled duskywing.

Within the park’s 2,500 hectares (6,330 acres) on the shore of Lake Huron is a globally rare oak savanna ecosystem and tallgrass community, which historically sustained the brown-and-grey-speckled butterfly. But without an open forest canopy – a landscape traditionally maintained through naturally occurring wildfire or fires set by First Nations – the mottled duskywing couldn’t survive. Over time, improper land management, land conversion, and fire suppression altered the landscape. In the early 1990s, when the forest filled in and deer browsing diminished the New Jersey tea, the non-migratory mottled duskywing disappeared.

This summer, owing to the collaborative efforts of around 30 researchers and institutions led by Ms. Linton as chair of the Ontario Butterfly Species-At-Risk Recovery Team, the mottled duskywing is returning to Pinery in Ontario’s first-ever reintroduction of an endangered butterfly species.

“Monarchs are very beautiful and showy, and everybody knows what a monarch is,” said Ms. Linton, a Senior Biologist at Natural Resource Solutions Inc. “But this species is... more representative of the average butterfly: it’s kind of small and it’s not as showy. But to me it’s just as beautiful, and has just as much to offer in terms of learning about biology and conservation.”

The mapping of the New Jersey tea took one week, but Ms. Linton’s research of the mottled duskywing began 14 years ago when she earned an assessment contract requiring field work in three provinces. At the time, the mottled duskywing and its known populations had been so under-studied that no larvae had been found, and Ms. Linton couldn’t even find a photo of its chrysalis.

Today, in the small, isolated populations of mottled duskywing that exist in Canada – mainly in southeastern Manitoba, where Ms. Linton saw one in the field for the first time, in parts of Southwestern Ontario, and in the Rice Lake plains, where the team is currently studying it – aerial spraying for Gypsy Moth remains an ongoing threat to the species.

“I think that I have a bit of an affection for it because it’s managed to persist, where so many of these other oak savanna butterfly species have disappeared,” said Ms. Linton.

When a recovery strategy was initiated by the province in 2015, Ms. Linton and Dr. Ryan Norris, an associate professor at the University of Guelph, began to research and develop a strategy specific to the mottled duskywing. In 2017, they received provincial funding, and Ms. Linton spearheaded the formation of the Recovery Team. Its first meeting took place at the Cambridge Butterfly Conservatory, where at 15 years old, Ms. Linton’s youthful interest in butterflies intensified after meeting the Conservatory’s founder, John Powers – who helped her get a job there.

Since the team’s first meeting, its members and partners have collaborated on various aspects of the mottled duskywing recovery plan. Among the volunteers are ecologists, naturalists, habitat restoration specialists, conservation biologists and professors. They’ve developed a captive rearing protocol, monitored the population in the field, and are working on a genetic study. At Pinery, annual prescribed burns to mimic traditional methods have helped to open the forest canopy.

“Natural burning is only something relatively recently that we, as ecologists and conservation biologists, have realized… is an important thing to do,” said Dr. Norris.

And their efforts are making history. In the next two months, mottled duskywing will be brought to the Conservatory for a captive rearing program headed by executive director and curator Adrienne Brewster. Though captive females are sometimes reluctant to lay eggs, Ms. Linton said that anywhere from 600 to 1,500 mottled duskywing in various life stages – larvae, chrysalises and adults – will be reintroduced to several sites at Pinery in late July.

Starting then, and until the end of August, Wildlife Preservation Canada will oversee on-site monitoring of the mottled duskywing. A documentary film crew will follow the researchers and species for the next two years, and population monitoring will likely span several years beyond that. In Norfolk County, land is being burned in preparation for a second reintroduction next year.

If successful, the reintroduction would help restore the endangered oak savanna habitat, lead to a genetically diverse and self-sustained species population, and serve as a model for future reintroductions.

“We want to be able to show that these kinds of species reintroductions are possible, because we’re going to need them,” said Dr. Norris. Though viable for the recovery of many endangered species, Dr. Norris said reintroductions haven’t been done because “it’s very difficult, [and] it requires a lot of co-operation and collaboration, which is what we have here.”

“They’re fragile –they’re quick to react to change. When a population of a butterfly species is in decline, it really often points to habitat disturbance, whether it be destruction or fragmentation, or pollution, or even climate change,” she said. Of the mottled duskywing’s return to Pinery, she added, “I have shivers just thinking about that moment.” 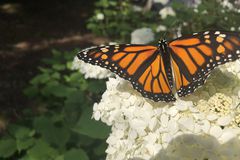 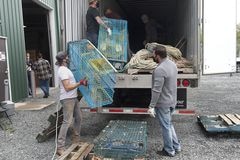 Threatened caribou herds have lost twice as much habitat as they’ve gained over past 20 years: study
Subscriber content
April 30, 2021 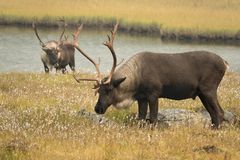