By putting one foot in front of the other, sometimes slowly and sometimes with quicker strides, Bilal Malik says he desperately hopes the government will listen to what he has to say.

The 36-year-old is nearing the end of a roughly 15-day, 380-kilometre “Freedom March” from Toronto to the steps of Parliament Hill in Ottawa.

He wants to persuade Prime Minister Justin Trudeau’s government to pronounce the systemic abuse and human rights violations against ethnic Muslim Uyghurs in China a genocide.

Mr. Malik is one of several Canadians who are currently walking hundreds of kilometres uphill and downhill, through cities, and past towns and farms to send a message.

“I hope the walk will have even a little bit, even one per cent difference … They have to do something,” said Mr. Malik, who hasn’t been able to reach his family for three years since he moved to Canada from China’s northwest province of Xinjiang.

China has faced international criticism and sanctions since reports surfaced of mass detention of more than one million people and forced sterilization.

In February, Parliament voted to declare China’s treatment of its Uyghur minority a genocide. The motion was supported by all Opposition parties, but Mr. Trudeau and most members of his cabinet abstained.

Mr. Malik says his walk is all he can do to honour his family, educate Canadians and to persuade Mr. Trudeau “to do the right thing.”

Peaceful dissent through walking has been happening for decades, said Ronald Stagg, a history professor at Ryerson University in Toronto.

“It’s somebody saying, ‘I have to do my part. I feel that I have to say something. I feel I have to protest against this or in favour of this, so I’m just gonna do it,”’ said Mr. Stagg. “Even if it doesn’t do anything.”

Mr. Malik said conversations he has had with Canadians along the way have made every second of his walk worth it.

“It’s not a big sacrifice. It’s a symbol. We have to do something for our community.”

Mr. Stagg said sometimes the walks people make focus on a specific issue. At other times they highlight general grievances from marginalized groups who have been subjected to oppression throughout their history.

Lorraine Netro and Jacqueline Shorty Whitehorse are also walking. Their 2,000-kilometre trek from Whitehorse, Yukon, to Kamloops, B.C., is to honour what are believed to be the remains of hundreds of Indigenous children at former residential school sites.

A residential school survivor from Prince Albert, Sask., is more than halfway through her journey to Parliament Hill. In June, Patricia Ballantyne began her “Walk of Sorrow.” She plans to reach Ottawa this month.

Trechelle Bunn, 21, organized a daylong walk for about 70 people earlier this month. They walked 23 kilometres from the former Birtle Indian Residential School to Birdtail Sioux First Nation, about 300 kilometres northwest of Winnipeg, to relive the journey hundreds of Indigenous children would have made as they ran away from the residential school.

“It was a really powerful moment to go back to the spot that my grandparents were taken … and then also for myself and the survivors to walk away from the school,” she said.

The Canadian Encyclopedia says walking as a form of peaceful dissent became popular in the 20th century when Mahatma Gandhi advanced a doctrine of non-violent civil disobedience to defy British rule. He walked for 24 days along India’s countryside.

Decades later, Martin Luther King Jr., inspired by Gandhi, led 250,000 walkers from Selma to Montgomery, Ala., risking arrest and violence, as they tried to secure voting rights for Black people.

In Canada, Mr. Stagg noted, hundreds of people regularly gathered, and sometimes walked, to protest the Vietnam War. Similar to the 1960s, the last two decades will be remembered for its walkers and protesters, he said.

“We’re living in a time of great social upheaval and all sorts of things are becoming known.”

For Bunn, the walk she organized was less about defiance and more about healing.

“That was a very empowering and healing journey for everyone that took part. To walk home and make it home to our community, something that so many of our survivors and so many children were denied … it gives me chills thinking about it.” 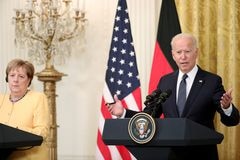 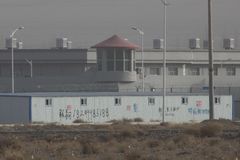 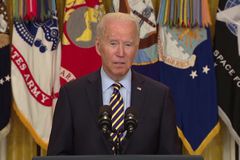