A federal judge has struck down a key agreement on refugees between Canada and the United States, but gave Ottawa six months of breathing room to respond to the landmark decision.

Under the agreement, which took effect in 2004, Canada and the U.S. recognize each other as safe places to seek protection.

It means Canada can turn back potential refugees who arrive at land ports of entry along the Canada-U.S. border on the basis they must pursue their claims in the U.S., the country where they first arrived.

Potential refugees arriving from the U.S. by air, by sea or between land ports are eligible to have their claims referred to Canadian officials. The exception has spurred the arrival of thousands of people in Canada through unofficial border crossings in recent years.

Canadian refugee advocates have vigorously fought the bilateral deal, arguing the U.S. is not always a safe country for people fleeing persecution.

The judge’s declaration of invalidity is suspended for six months, leaving the law in place until mid-January and giving the Trudeau government time to respond to the court ruling.

Public Safety Minister Bill Blair said he was pleased to have the time to consider the ruling and “determine next steps.”

Mr. Blair said he had not yet read the decision. But he denied Canada had violated the rights of refugee claimants, saying the government has always been mindful of its international obligations.

In each case the applicants, who are citizens of El Salvador, Ethiopia and Syria, arrived at a Canadian land entry port from the U.S. and sought refugee protection.

In her decision, Justice McDonald concluded that the Safe Third Country Agreement results in ineligible claimants being imprisoned by U.S. authorities.

Detention and the consequences flowing from it are “inconsistent with the spirit and objective” of the refugee agreement and amount to a violation of the rights guaranteed by Section 7 of the Charter, she wrote.

The public interest parties who took part in the case welcomed the ruling, calling on the federal government to stop sending people back to the U.S. under the agreement, and to refrain from appealing the court decision.

“While the Federal Court has provided the government with six months leeway, it is imperative that Canada immediately end the return of claimants to the U.S.,” said Alex Neve, secretary-general of Amnesty International Canada.

“The Safe Third Country Agreement has been the source of grave human-rights violations for many years, unequivocally confirmed in this ruling. That cannot be allowed to continue one more day.”

The Federal Court “could hardly fail to be moved by the testimonies of the appalling experiences of people in the U.S. immigration detention system, after Canada closed the doors on them,” said Dorota Blumczynska, president of the council for refugees.

“Their experiences show us – and convinced the court – that the U.S. cannot be considered a safe country for refugees.”

Mr. Blair rejected the notion the court ruling presents a fresh opportunity to persuade the U.S. to remedy problems with the bilateral agreement.

The minister said he and Canada’s ambassador to Washington had long been in discussions with the U.S. about refugees. “Obviously, the court’s decision has placed some timelines on it, but the work has been ongoing for some period of time and will continue.”

Conservative MP Peter Kent, the party’s immigration critic, called on the government to appeal the court decision, noting the Tories had been pushing the Liberals to “close the long-standing loopholes” in the agreement.

NDP immigration critic Jenny Kwan said the court ruling would undoubtedly save lives. She urged the government to accept the decision and give notice to the U.S. of Canada’s immediate withdrawal from the agreement. 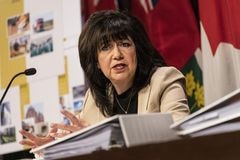 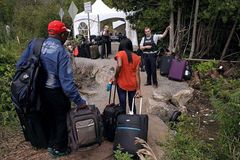 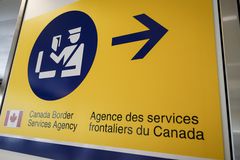