As a front-desk clerk at the Marriott-owned Delta Hotel in downtown Toronto, Hanna Yates crosses paths with hundreds of strangers a day − but the 27-year-old surveils her lobby with a new lens after being trained on the telltale signs of human trafficking.

Ms. Yates is one of more than 500,000 Marriott employees worldwide to have received this training, as part of a collaboration with anti-trafficking non-profits Polaris and ECPAT-USA.

Hotel chains such as Hilton, Hyatt and Wyndham have also partnered with ECPAT-USA, as the broader hospitality and travel industry grapples with the unintended role their companies have played in human trafficking and exploitation.

Particularly when it comes to the sex trade, hotels have long been the “preferred venue” for both traffickers and buyers, says Michelle Guelbart, ECPAT’s director of private-sector engagement.

In the almost five years since he took over the unit, he said his team has handled more than 1,000 occurrences of human trafficking. They have identified 250 victims, arrested 295 alleged pimps and laid 2,140 charges.

On Wednesday, they announced the arrest of a 22-year-old Montreal man. He allegedly forced a 19-year-old into the sex trade, trafficking her across the Ontario and Quebec boundary.

And while Det.-Sgt. Tramontozzi said police are seeing an increasing number of cases involving Airbnbs, he still says that “90 per cent of them, if not more,” occur in or involve a hotel.

In many ways, that puts hospitality staff such as Ms. Yates on the front lines − which is why he argues that the training is so critical.

“For the staff to know these characteristics [and potentially report it], it might be the only time or chance for a girl to get out of the game,” he said. “That’s very, very important. If they miss that chance, that chance might never ever come again.”

They are told to keep an eye out for both potential traffickers – difficult patrons who might be unwilling to provide ID, or who are seen repeatedly escorting different men up to a room – and victims.

“For example, if [victims] are involved in labour trafficking, they could have injuries. Or [if they are] in sex trafficking, maybe it’s somebody who is dressed inappropriately for their age or for the weather, or someone who looks like they don’t want to be there. Afraid,” Ms. Yates said.

“It’s definitely something that can stay in the back of my mind now that I have this knowledge.”

Tony Elenis, president of the Ontario Restaurant Hotel and Motel Association, has been passionate about the issue since attending a police presentation in London, Ont., a few years back.

“That was the first time I was aware of this as something as important and critical as it was,” he said.

The association distributes a list of human-trafficking indicators to hotel management, so that they can share with staff. And the chains that have partnered with ECPAT-USA, Ms. Guelbart explains, have pledged to establish policies and procedures for staff in cases where trafficking is identified.

Ride-hailing apps are also getting on board. Last month, Crime Stoppers Toronto unveiled a partnership they have established with Uber to encourage drivers to anonymously report suspicious activity − an initiative that has now been duplicated in countries around the world.

It was during an earlier human-trafficking awareness campaign, and through conversations with investigators, that the Toronto Crime Stoppers team realized the role that ride-hailing apps play, team chair Sean Sportun explained.

“It only made sense to create the partnership,” he said.

Mr. Sportun said he was pleased to hear that Marriott was providing this training and being vocal about the issue, and said this hasn’t always been the response from the hotel industry.

In the past, he said there has been resistance from the hospitality sector to recognize the role that they play in human trafficking.

“I think they felt that they didn’t want to be pegged as part of the problem, which inherently you are,” he said.

Ms. Guelbart agrees there has been a significant shift. She is heartened not only to see companies pledging to train their staff − but also to be vocal and public about those efforts and commitments.

“Think of all those front-line employees who can spot and report instances they might see,” she said. “If they were all trained and engaged, what a difference it would make.” 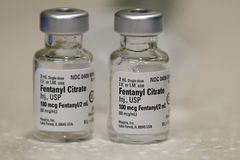 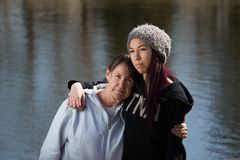 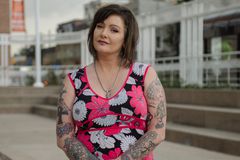