Bryan Paterson knows how much the fate of a statue can affect a community.

The mayor of Kingston said he has never seen the people of his city so divided as they were on Wednesday, as they tried to reach consensus over what should be done about a monument of Sir John A. Macdonald, Canada’s first prime minister, at City Park. The recent announcement by the Tk’emlúps te Secwépemc First Nation of the discovery of 215 unmarked graves of Indigenous children found in Kamloops reignited a discussion about whether or not the sculpture of Canada’s founding father – who was an architect of the country’s residential-school system – should be toppled from its pedestal.

After five hours of debate, city council voted to move the statue eight kilometres north to Cataraqui Cemetery, where Macdonald is buried. The statue’s new surroundings are still more stately than those of its counterparts across the country, which now find themselves in warehouses – if not disembodied.

“My position has been that we should add to history and not take away from it,” Mr. Paterson said, adding it was important to find common ground between those who wanted the statue destroyed, and others who thought it should remain untouched. “The right path forward is to discuss both the good and the bad of his legacy, to promote education on all fronts.”

In Kingston, where Macdonald grew up, practised law and served as a member of Parliament, discussions about what to do with the statue are so contentious that Mr. Paterson is consulting with former senator and Indigenous lawyer Murray Sinclair, who served as chairman of the Truth and Reconciliation Commission, about what the city’s next steps should be.

Many other municipalities in Canada are currently facing the same questions. In Charlottetown, a sitting statue of Macdonald was unceremoniously dragged from its downtown bench to city storage in the back of a pickup truck in the early hours of June 1. Mayor Philip Brown said acts of vandalism, which ranged from the statue’s hands being painted red to a bowl of seafood chowder dumped on its head, compelled the city to consult with its five Indigenous councils to find a path forward.

The initial plan, Mr. Brown said, was to have the statue re-bronzed and then add an Indigenous artwork alongside the piece after consulting with the Epekwitk Assembly of Councils, an organization representing the Indigenous peoples of PEI. But, upon hearing the news from Kamloops, the city instead decided to put the statue in a warehouse pending a further decision.

Statues of Macdonald also sit in storage in Montreal; Prince Edward County, Ont.; and Regina. While most were toppled in the past calendar year, a similar monument in Victoria has been stowed away since 2018, when it was removed from its prominent perch at city hall. Its fate will depend on the outcome of ongoing conversations with the city’s reconciliation advisory group, city council and the public, Victoria Mayor Lisa Helps said.

In Alberta, Premier Jason Kenney said that removing names and statues of historical figures can be “a slippery slope,” after a Calgary school board elected to remove the name of Sir Hector-Louis Langevin, one of the Fathers of Confederation who was another architect of the residential-school system, from one of its schools earlier this month.

Macdonald’s legacy certainly took the most hits countrywide, but few statues of historical Canadians have met quite the same fate as that of another main contributor to the residential-school system, Egerton Ryerson, which stood on the campus of the Toronto university that still bears his name.

Demonstrators toppled and dismembered the statue earlier this month, shortly after the discovery of the unmarked graves in Kamloops. The head of the Ryerson statue, smeared with red paint, was since found at the 1492 Land Back Lane reclamation camp near Caledonia, Ont.

Don McCaskill, a professor emeritus at Trent University who has studied Indigenous relations and education for nearly 50 years, worries that dismantling statues might detract from the process of reconciliation.

“Fundamentally, you need to allow people like elders and members of the Indigenous communities to decide what happens to these statues,” Dr. McCaskill said, adding that Ryerson and Macdonald, who caused particular harm in Indigenous communities, should be remembered in a more complete way.

“We should document all elements of their past,” he said. “If we are to take the statues down, maybe put them in a museum. It could do more to give this total context of who the individual was.” 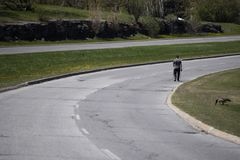 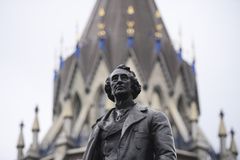 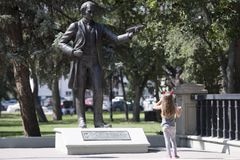