Laurentian University’s move to seek creditor protection as it tries to create “Laurentian 2.0” could cause further revenue problems as prospective students consider whether to enroll next year.

The Sudbury-based university announced this week that it faces an unprecedented insolvency and has sought a court order to allow it time to restructure. The university says it’s not bankrupt, and that the student experience will not suffer in the interim.

But Laurentian’s court filings say the university needs to demonstrate a successful restructuring within three months so that existing and prospective students don’t enroll elsewhere. Losing large numbers of students could cause further financial spiral.

The university says it’s aiming to renegotiate its labour contracts, reduce the number of programs it offers and increase class sizes, and wants to have its new structure in place by May.

How it will get there is not clear. Laurentian president Robert Haché declined an interview request on Wednesday.

Applications to Laurentian were already down more than 3 per cent before the latest news was announced, according to figures from Ontario’s university application service. Although enrolment grew slightly in fall 2020, first-year enrolment was down by 2 per cent, and overall enrolment declined every year from 2015 to 2018.

Malek Abou-Rabia, vice-president of the Laurentian student association, said he was told earlier this year that he would still be able to graduate from his program in entrepreneurship, but it would not accept new students.

He said many students are anxious about the university’s situation and wonder about the implications.

“There’s definitely a lot of confusion and definitely some worry,” Mr. Abou-Rabia said. “Recruitment, at this stage, is just going to be really important. I can’t emphasize that enough.”

Mr. Abou-Rabia said the student association is communicating with prospective students to encourage them to come to the university as a place that is welcoming and offers opportunities that larger schools might not have.

Laurentian is believed to be the first public university in Canada to seek protection from creditors in decades. It said in its court filings that if it had not secured $25-million in financing as part of the court process, it would not have been able to meet its payroll within a matter of weeks.

Mr. Haché makes plain in an affidavit that the intent of the restructuring is to transform the university. At the moment, it “employs more faculty members than are required” and “offers too many undergraduate programs,” he said.

The university said it costs about $2,000 more to educate its students per year than the provincial average. About 17 per cent of its classes have 10 students or fewer, and 53 per cent have between 11 and 14 students, the court documents say, quite low by Canadian standards.

The documents state that Laurentian plans to “use the [creditor protection] proceeding as a platform for negotiations with its unions.”

Although the collective agreement contains a financial exigency clause that would allow the university to lay off otherwise protected senior faculty, the university did not want to go that route, saying it would be lengthy, and it “did not have access to cash to meet its obligations while that process would be undertaken.” It would also create “extraordinary liabilities” with respect to termination and severance payments that the university could not meet, it said.

Laurentian’s faculty association has called on the Ontario government to provide the funding the university needs to ensure its long-term future. The faculty association criticized the province in a joint statement with the Ontario Confederation of Faculty Associations for providing the lowest per-student university funding in Canada, which it said creates an over-reliance on tuition fees and private donors. 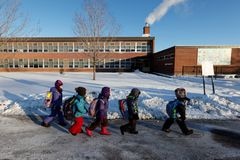 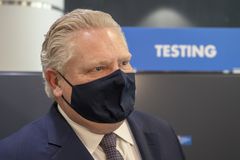