Convicted serial rapist Matthew McKnight took the witness box at his own sentencing hearing in Edmonton on Thursday to recount the details of an assault he suffered while on remand after his arrest in August, 2016.

Defence lawyer Dino Bottos is arguing the beating should have an effect on the sentence the 33-year-old receives for five counts of sexual assault, committed against women he met in the Edmonton bar scene between 2010 and 2016.

The Crown is asking for 22½ years in prison for the sexual assaults. Mr. Bottos has not yet presented his argument on what he believes to be an appropriate sentence.

Mr. McKnight, once a fixture in the Edmonton bar scene, testified he was in the general population at the Edmonton Remand Centre when a story about his charges came on TV, and that he had to be rushed away from a group of “very agitated, angry prisoners.”

He said the mood of both inmates and some guards changed after the nature of his charges became known – with both groups calling him a rapist and a “skinner” (jailhouse slang for a sex offender) – and that he awoke the next morning with his roommate holding a copy of a newspaper with his mugshot on it.

A video played in court showed a later confrontation between Mr. McKnight and that inmate, in which the inmate attacked Mr. McKnight, punching him and then repeatedly kicking him as he lay on the ground. The video shows more than a dozen officers surrounding Mr. McKnight and struggling with him for several minutes. Mr. McKnight can next be seen being lifted to his feet and walked out by the officers with a spit hood over his face. Large pools of blood remain on the floor of the room.

The video was played on multiple screens in the courtroom. In the spectator area, about two dozen people watched, including some of the eight women Mr. McKnight was found not guilty of assaulting. Their expressions were hidden behind medical masks, which are currently required in Edmonton courtrooms.

Reports from the remand centre said Mr. McKnight was resisting officers, but Mr. McKnight testified he was in shock after the initial attack and didn’t know what was happening and was not intentionally resisting.

He said he is worried about what will happen when he is sentenced. “I think it’s going to be a very dangerous time,” he said. “And I’m just hoping to survive it.”

Mr. McKnight’s testimony concluded abruptly because he was feeling ill. The sentencing hearing is scheduled to resume on Friday.

In the Crown’s argument, prosecutor Katherine Fraser said there were no mitigating factors in Mr. McKnight’s case and many aggravating ones, including that the assaults were facilitated by alcohol and possibly also a drug.

While the Crown had argued at trial that many of the cases showed signs of drugging, there was no conclusive evidence to prove it. Jury deliberations are secret, so it’s not clear whether the jury believed the women had been drugged and whether that played a role in the convictions.

But Ms. Fraser argued that the jury must have found the victims were incapacitated, whether by alcohol consumption or being surreptitiously administered a drug, such as GHB.

“What’s very clear is that Mr. McKnight raped all five women in situations in which they were barely functional, if at all,” she said.

A third woman presented her victim impact statement on Thursday, talking not only about her sexual assault by Mr. McKnight in April, 2012, but also her decision to go forward to police in the fall of 2016 after other charges were announced against him.

“I stayed silent for four years, until I saw there were others like me out there who took a brave stand and needed all the support they could get,” she said. “So I stand here against sexual predators like Matthew McKnight. I stand so he can never do this to anyone else.”

She, like the other victims who have spoken before the court, talked about the profound effects of the sexual assault on her life, dealing not only with the act itself, but the ensuing trauma and then the process of testifying, being cross-examined and facing Mr. McKnight in court.

“I never wanted to be here today. This is not easy,” she told Mr. McKnight. “... But it’s the only thing I can do to protect other women from you.” 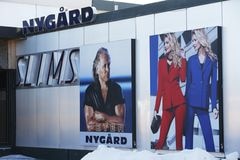 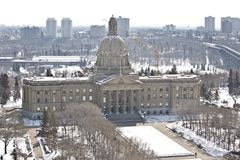