Colin Freeze
TORONTO
Published May 2, 2021 Updated May 2, 2021
Comments
Text Size
Please log in to listen to this story. Also available in French and Mandarin. Log In Create Free Account

A federal government promise to ensure that foreign journalists and human-rights campaigners are welcomed into Canada as refugees has not been put into action, and observers worry that the looming possibility of an election means the Liberals may not live up to their commitment to have a system in place by the end of the year.

In late 2019, Prime Minister Justin Trudeau appointed MP Marco Mendicino as Immigration Minister and directed him in a mandate letter to “introduce a dedicated refugee stream to provide a safe haven for human-rights advocates, journalists and humanitarian workers at risk.”

A year and a half later, the initiative to bring 250 such asylum seekers into Canada each year has failed to materialize. The federal government says it is still talking to stakeholder groups to iron out details, in hopes that officials can finalize the program by later this year.

“Consistent with his mandate letter, Minister Mendicino included 250 spaces in his annual immigration levels plan, with the first applications expected this year,” said Peter Liang, a spokesman for Immigration, Refugees and Citizenship Canada. “He continues to engage with foreign and domestic partners as we move to fully implement this commitment in the coming months.”

Yet some of the stakeholder groups with whom the government has been consulting argue time is running out.

“Frankly I think they have their work cut out to meet the target for 2021, as there are still a lot of issues to be worked through before they can roll it out,” says Janet Dench, executive director of the Canadian Council for Refugees.

Peter Showler, who chairs PEN Canada’s writers-in-peril committee, has also been talking to government officials. He worries that a potential fall election could derail the initiative. “If there is an election call, and the program hasn’t been implemented, well, then, those mandate provisions essentially fall by the wayside.”

Canada has long admitted journalists and human-rights workers among the thousands of asylum seekers it accepts into the country each year. But the government’s hope behind the program announced in 2019 is to create a special category for claimants who might be falling through the cracks.

Mr. Showler gives as a potential example the prospect of Canada welcoming Turkish journalists who are in limbo after fleeing President Recep Erdogan’s crackdown on civil society.

“There are about 250 journalists who are now in prison” in Turkey said Mr. Showler. “Well, there are many of those people who tried to get out and weren’t able to get out. Some are languishing in places ... where they’re living without status and have been for two or three or four years.”

Mr. Showler, who is also a former chair of Canada’s Immigration and Refugee Board, said that under the new program, groups like PEN Canada could help vouch for people who were displaced or under threat specifically because their writing or rights work placed them on a collision course with repressive regimes.

Several groups would be poised to help the federal government make such determinations.

Unlike standard immigration processes, the federal refugee determination system does not typically consider professional classes when it assesses who should be admitted to Canada.

For this reason, some stakeholders are wary about the government going down this road. “As the government acknowledges, human-rights defenders are already resettled to Canada [they are just not separately categorized so can’t be counted],” said Ms. Dench at the refugee council.

She said she appreciates additional spaces opening up for refugees but “we are concerned that the new category appears to create tiers within the resettlement program, with people processed under this category benefitting from [apparently] faster processing and additional support after arrival in Canada.” 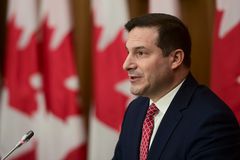 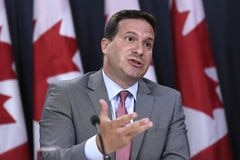 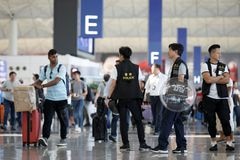