Manitoba health officials are reversing course and informing cancer patients who may not have received the full dose of their medication, just as officials in Quebec reveal they’re dealing with the same dosing problems, but will not be disclosing how many patients are involved or whether those patients will be told.

The Globe and Mail reported last week that more than 1,200 cancer patients in Ontario and Manitoba may have been underdosed because of problems with the way intravenous lines were set up or used.

Provincial health officials say patients only missed a small portion of their medication and that it’s unlikely their health outcomes have been affected. But the drugs involved in the dosing issue are used to treat patients with advanced cancer that has spread, some of whom have died, making it difficult to measure whether missing a small amount of medication made a difference.

Jin Huh, senior pharmacy director at Toronto’s University Health Network, said it’s difficult to determine if or how patient outcomes may have been affected by missing a portion of their dose.

Cancer Care Ontario (CCO) learned of the problem in June after a health-care worker in Mississauga noticed that some medication was left behind in a patient’s IV line. CCO informed hospitals throughout the province and its counterparts across Canada. The agency determined that about 1,000 patients at 28 Ontario hospitals may not have received their full dose, and fewer than 10 are being given additional treatment as a result. The Globe subsequently contacted agencies in other provinces and learned that Manitoba and Quebec are facing the same issue.

Last week, Cancer Care Manitoba said it would not inform patients that may have been affected by the dosing problem because it’s unlikely to have any impact on their health outcome. But after facing intense criticism, the agency stated in an e-mail that it is reaching out to patients this week. Officials said 175 patients were involved.

A spokeswoman with Quebec’s Ministry of Health and Social Services, Marie-Hélène Émond, said in an e-mail that the province does not have a timeline for when the problem began. She said they do not know exactly how many patients have been underdosed, but said the number is less than 10 per cent of cancer patients. She did not disclose whether any patients have been informed.

Ms. Émond added that the province first detected the problem a year ago, during a review of IV administration practices, but that officials did not inform other provinces. Quebec has since adopted a standardized method for IV administration that helps ensure patients get the full dose, Ms. Émond said.

She says patient outcomes likely haven’t been affected because only 10 per cent to 15 per cent of a person’s dose wouldn’t have been administered.

It’s unclear whether all provinces have ordered a visual inspection of IV line set-ups at hospitals and clinics.

There’s no standardized method for administration of IV cancer drugs in Canada, leaving provincial health authorities and hospitals to choose what works best for them. CCO said that a series of problems, including the length of the IV tube, the type of pump used and whether or not the lines were flushed properly at the end of a treatment session is what led some patients to be underdosed. Officials in Ontario, Manitoba and Quebec say they have since changed their practices to prevent this from occurring in the future.

The drugs at the centre of the issue are highly concentrated immunotherapy treatments that are typically administered at much lower volumes than traditional chemotherapy drugs. CCO said the dosing issues involved patients treated with pembrolizumab, nivolumab and panitumumab, which are used to treat various types of advanced metastatic cancer. But some Ontario hospitals said the underdosing also involved other highly concentrated, low-volume drugs.

John Gillis, spokesman with the Nova Scotia Health Authority, said a review of the IV medication system is 75-per-cent complete. Health PEI and Horizon Health Network, one of two health authorities in New Brunswick, did not provide a response to questions about whether patients there had been affected. A spokesman with New Brunswick’s other health network, Vitalité Health Network, said underdosing is not an issue there. 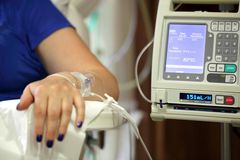 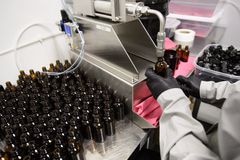 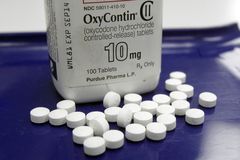