Ontario’s doctors are returning to the bargaining table in a years-long contract battle with the province after the incoming Progressive Conservative government extended an “olive branch.”

The Ontario Medical Association (OMA), which represents 34,000 doctors, medical residents and medical students, said premier-designate Doug Ford reached out to its leadership in the days after the election, expressing a “desire to reset the relationship between doctors and government.”

A spokesperson for Mr. Ford described the move as an “important first step.”

Physicians in the province have been without a contract for four years. Arbitration hearings were scheduled for next month, a framework both sides agreed to last year. Billions in health-care spending are at stake with physicians seeking fee increases, in addition to recouping any lost fees.

But, she said, they were proceeding cautiously – because “doctors have been burned by the government before.”

Ontario medical professionals were informed about the return to the negotiating table by an e-mail sent out by Dr. Alam on Thursday, and she said the response so far has been “largely positive, cautiously hopeful.”

The protracted labour dispute soured relations between the province’s doctors and the outgoing Liberals. Physicians saw their fees cut by approximately 7 per cent over the past four years. In addition to making up the lost income, the OMA is also looking for a 4.26-per-cent fee increase and is fighting the province’s wish to cap the physician services budget increase at 1.9 per cent a year.

Under the previous government, the ministry had refused the request for a fee redress and sought to limit increases to 3 per cent over four years. It had also proposed to roll back fees for high-billing physicians.

The physician services budget is currently $11-billion, about 20 per cent of the overall provincial health budget.

In her e-mail, Dr. Alam told members that the letter received from the PCs had formally asked to replace the arbitration dates with negotiation and mediation, “to explore the possibility of reaching a mutually acceptable settlement.”

The board agreed to the offer to return to the table Wednesday after debating the pros and cons. Dr. Alam told members this does not change the fact that either party could trigger a return to arbitration at any time.

Even if negotiations hit an impasse, she assured members that the arbitration board would be available in December. “Thus, the conclusion of phase one of arbitration would only end two months later than originally scheduled,” she wrote.

Dr. Alam’s e-mail to the province’s doctors and medical professionals stoked the differences between the former and incoming governments, saying that “despite the previous government’s intransigence,” the OMA had advocated for a more “respectful” relationship with government for five years.

Mr. Ford’s spokesperson was critical of how the previous government handled the negotiations.

“The Liberals created a toxic relationship with our doctors by making unilateral decisions and not consulting or working with them. Doug Ford is committed to respecting Ontario’s physicians and fixing the relationship,” read an e-mailed statement.

Dr. Alam stressed the importance of a PC government potentially revisiting its negotiation mandate. The mandate was written by the outgoing Liberal government, she wrote. “If we forge ahead with the July arbitration dates, we risk pushing [the PCs] into adopting the previous government’s position.”

“This was a complex and difficult decision,” Dr. Alam wrote. “Uppermost in our thoughts was to fight for the best contract possible for our members. That’s why the Board decided that the benefits of a cautious trial of negotiation/mediation with the new government outweighed the risks.”

Meanwhile, Dr. Kulvinder Gill, the president of Concerned Ontario Doctors, a group that sprang up to oppose a 2016 tentative agreement, said the group is “cautiously optimistic” and “welcomes the incoming Ford government’s desire to make health care a priority.”

With a file from Jack Hauen 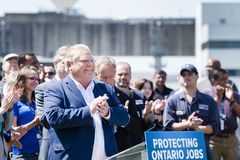 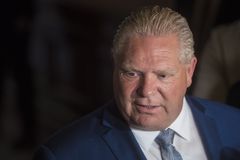