Hamilton police say they’ve charged a man they say was involved in the shooting of a seven-year-old boy.

The incident happened on the evening of Jan. 23, when someone in the backyard fired multiple shots into the house before allegedly fleeing into a waiting vehicle.

The boy suffered serious injuries in the shooting and has since been released from hospital, but police say he is still receiving medical treatment.

Police say they’ve arrested a 24-year-old man in relation to the shooting.

He faces charges that include discharging a firearm with intent, aggravated assault and criminal negligence causing bodily harm.

Investigators had previously issued an arrest warrant for a 20-year-old man, who they say is still wanted in connection with the case on those same charges.

Police aren’t saying which of the men they believe pulled the trigger. 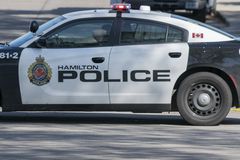