As Ontario’s Progressive Conservatives hold votes to redo nomination battles that were rocked by allegations of ballot stuffing and fake memberships, the party has been quietly disqualifying would-be candidates from running again.

Nearly a year after a nomination meeting held in Hamilton that was marked by accusations of electoral impropriety, sparking an ongoing criminal investigation, a second vote will be held Sunday. However one of the main contenders has been disqualified and another former candidate says he is disillusioned by the process.

Vikram Singh, a Hamilton lawyer who alleged in court documents that he won the nomination in Hamilton West-Ancaster-Dundas last May, was told a week ago that his name wouldn’t appear on the ballot after an internal PC Party committee disqualified him. Mr. Singh says he was given no reason for the decision.

Mr. Singh had gone to court to get the party to hold the nomination again. However, he settled his legal battle in January and isn’t fighting his disqualification. “We gave it our best shot and I look forward to continue volunteer work in the community,” he said in a statement.

Several other would-be candidates have also been disqualified since Doug Ford was elected PC Leader last month. The party, however, has declined to disclose how many or why.

Mr. Ford’s spokeswoman, Melissa Lantsman, said that he would not speak publicly about the reopened nominations. “While this internal process is under way, we won’t comment any further. … We look forward to a strong slate of nomination candidates across the province,” she said.

Mr. Ford has vowed that he would leave no stone unturned in his review of the nearly 100 ridings where party candidates have been nominated in local votes. Six ridings have had new nominations called since the party’s former leader, Patrick Brown, resigned in late January after facing allegations of sexual impropriety.

Allegations of tainted nomination meetings began surfacing last spring under Mr. Brown. Along with ballot stuffing, candidates had complained of fraudulent memberships and interference by party officials. After Mr. Brown’s sudden exit, the party’s interim leader said “rot” had been allowed to spread through the opposition.

In one of the ridings overturned, Ottawa West-Nepean, would-be candidate Jeremy Roberts said voter fraud lost him his bid last year. After the nomination was reopened, he was acclaimed in early March as the party’s choice to carry its banner in the June election.

“It was night and day dealing with the party folks,” Mr. Roberts said of his second run. “We’re lucky to not have Patrick in the leader’s office any more. I think it just goes back to what [interim leader] Vic Fedeli was saying, that there was a rot that had settled in the party. If this had happened in Ottawa West-Nepean, it could happen anywhere,” he said.

In Brampton North, the party has reopened the nomination after it was secured by Jass Johal last year. The Globe and Mail reported in February that Mr. Johal, a Brampton paralegal, had sworn in an affidavit that he agreed to buy two million Aeroplan miles and an interest in a restaurant for $375,000 from Mr. Brown, who said the deal did not go through. Mr. Johal was acclaimed in the riding five months after the affidavit was sworn.

Mr. Johal was disqualified from seeking the nomination again at a meeting in Brampton North on April 28. He did not respond to a request for comment.

The other ridings where nominations were overturned were Newmarket-Aurora, Mississauga Centre and Scarborough Centre.

When Tory voters in Hamilton West-Ancaster-Dundas choose their party’s nominee, only one of the four candidates who ran last May will appear on the ballot. The returning candidate will be Ben Levitt, a staffer for local MP David Sweet. Mr. Levitt won last year’s nomination, according to the party. Vincent Samuel, a new candidate who was Mr. Ford’s leadership organizer in the Hamilton-area, will face him.

Speaking with the Globe, Mr. Levitt said he supported the party’s call for a new nomination to help clear the air. “I was tired of having my name dragged through the mud,” he said.

Unhappy with the way the party dealt with last year’s nomination, local businessman Jeff Peller chose not to run again. “I’d only run again if I was acclaimed by the party. I don’t know if that riding association is capable of holding a fair and reasonable nomination race,” he said.

Mr. Peller called on Mr. Levitt to step aside while a criminal investigation by Hamilton police is continuing. Mr. Levitt said there was no reason for him not to run again. “I have no qualms about anything,” he told The Globe. 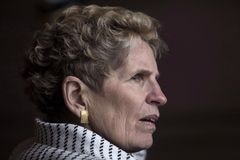 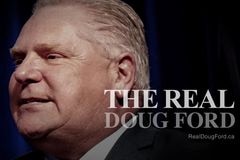 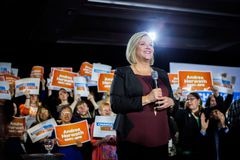 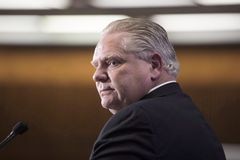