The Ontario government has reversed course on a plan that threatened the funding of varsity sports at the province’s universities, but many other student services expect to see a drop in funding following the introduction of optional fees.

The Globe and Mail has learned universities were told a few weeks ago that athletics funding from student fees would be considered optional starting next fall. But formal guidelines recently published by the Ministry of Training, Colleges and Universities show that those fees will remain mandatory.

However, campus food banks, diversity offices, student newspapers and radio stations, among others, will be considered non-essential services for which students can opt not to pay the fees. Student leaders anticipate that revenues will drop as a result, and they say jobs, services and learning opportunities will be lost.

The guidelines bring more clarity to Minister of Training, Colleges and Universities Merrilee Fullerton’s January announcement of the Student Choice Initiative, which promised that individual students could choose not to pay the fees that fund many campus services. It was billed by the government as a way to put more money in the pockets of students.

“As varsity sports fall under the Athletics and Recreation segment of the guidelines, they are considered mandatory,” Stephanie Rea, spokeswoman for Minister Fullerton, said in an e-mail on Friday.

The news came as a relief to many in the university sports world. Officials at several universities, who were granted anonymity because they said they fear there will be repercussions for their institutions if they speak publicly, said in recent weeks they had been told a portion of athletics funding would be optional, which would have placed at risk millions of dollars for the facilities and administration that underpin varsity sports.

Christine Stapleton, athletic director at the University of Western Ontario, said the uncertainty over the last few weeks was difficult. Ultimately, the decision to maintain mandatory funding reflects the importance of sport for student well-being, for relations with alumni, and with the surrounding community, which often makes use of university facilities, she said.

“It was going to be a major challenge on campus at Western, but also a significant challenge for Ontario universities in the Canadian sport system,” Ms. Stapleton said.

She said she had only begun to consider the cuts she would have faced had the fees become optional.

“As things progressed we didn’t have to make any of those decisions. But we would have had to take a look at our sports and services and understand which would be the most important to students at Western,” Ms. Stapleton said.

Gord Grace, the chief executive of the Ontario University Athletic Association, which governs varsity sports in the province, did not respond to multiple requests for comment on the government’s guidelines.

Danny Chang, president of the Ontario Undergraduate Student Alliance, said it’s useful to have clarity after months of guessing at how the Student Choice Initiative would be put into practice. But the reality is still difficult for student unions.

Many will have to cut back the services they offer and jobs will be lost, Mr. Chang said.

At Western, where Mr. Chang is also elected to the student government, more than $29-million flows through the student union annually, including health and dental insurance and transit passes.

He said his biggest concern is the incoming first-year students who will be offered the choice to opt out of fees for services they’ve never seen or used. Some student unions are working on campaigns to convince students to opt in, and are considering how services could be bundled, he said.

“We hope that we’re able to weather the storm,” Mr. Chang said. 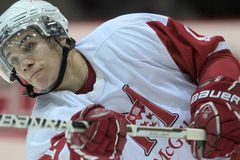 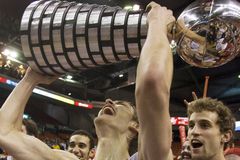