Jen Kern began weaning her two sons, ages 11 and eight, off screens a few weeks ago.

“It was a gradual process,” says Ms. Kern, who works in marketing and lives in Toronto.

The most difficult part was getting them off the famously addictive video game Fortnite. She bribed them with a $25 gift card to a store of their choice if they deleted it.

Like so many parents across Canada, Ms. Kern allowed her kids excess screen time the past few months as she struggled to keep them busy through the pandemic while they weren’t in class. Screens for schoolwork. Screens to connect with friends. Screens to stay entertained. Screens because what else was there to do?

The pandemic has been a “perfect storm” for kids having too much screen time, says Mark Tremblay, director of Healthy Active Living and Obesity Research at the Children’s Hospital of Eastern Ontario. With almost every facet of their lives, from education to socializing, only possible through screens, it’s no wonder. But more than three months later, it’s essential to wean them off for their well-being, he says.

“This has now become the new normal, and that’s a serious problem,” Dr. Tremblay says. If parents don’t step in to reduce their kids’ screen time, “it will be harmful to their mental, emotional, physical, social health.”

A recent survey commissioned by ParticipACTION, a non-profit organization that promotes healthy living, found that during COVID-19 restrictions children between the ages of five and 11 years old in Canada were getting an average of about five hours of screen time a day, while 12- to 17-year-olds were getting more than six. That is far in excess of the Canadian Paediatric Society’s guidelines, which recommend no more than two hours a day for children older than five.

Before the pandemic, Adrienne Simic’s three kids were limited to one episode of television on Saturday mornings and the occasional family movie night. Over the past few months, however, they’ve spent hours each day on screens.

But with the school year over and the weather making it easier to venture outdoors, Ms. Simic and her husband decided to pry the kids, 12-year-old twin girls and another daughter who is 10, off screens last week.

“The bleating and mewling ensued,” says Ms. Simic, who works in media relations in Toronto.

Ms. Kern’s sons are now allowed one hour of screen time a day, but it must be earned by walking the family dog or other chores.

If they cannot play outdoors, they are allowed more, but they must watch something educational and write an essay about it.

Parents need to pay attention to how their kids are using screens, not just how much, she says.

Educational screen time or hanging out with friends online is much less troublesome than hours spent unsupervised, Dr. Ponti says.

To get it under control, families should create a media plan that sets out when screens will be used and for what purpose, Dr. Ponti says. Involving kids in making the plan helps ensure they’ll abide by it.

As well, parents need to model appropriate behaviour, Dr. Ponti says. If we are on screens all the time, it will make it that much harder to get kids off them.

There is no one size fits all timeline for how long it will take to get kids back to pre-COVID-19 screen time, Dr. Tremblay says. But for many families it likely won’t be easy, at least at first, he says.

For the past two summers, Rachel Jonat has banned screens for the entire summer for her three children, ages 10, seven and five.

She plans on doing it again this year, although she expects it to be more difficult this time around.

“It’s going to be really hard because they’ve had quite a bit of screen time, like way more than normal,” says Ms. Jonat, an on-call educational assistant who lives in the Kootenay region of B.C. “It’s very heightened and very emotional.”

But of course weaning kids off excessive screen time can be done. They’ll probably balk at first but be better off for it.

That has certainly been Ms. Simic’s experience.

Her kids are now allowed one hour a day of screen time. Otherwise, devices are hidden away in her bedroom.

They initially complained, but no one is whining about the limits now, just two weeks since the new, new normal was established.

“Things have been great since. They’re actually going outside, the buckets of chalk I bought earlier in this process that weren’t touched are now being used,” Ms. Simic says. “They have sun on their faces. They’re happy.” 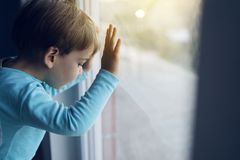 Opinion
Struggling to keep children occupied all day? Here’s a different kind of ‘bucket list’ for organizing your days
April 7, 2020 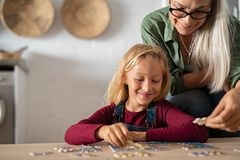 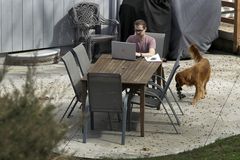