When police arrived at a house in Whitby, Ont., on a frigid December morning in 2016, they found Dafonte Miller, a 19-year-old black man, sprawled belly-down on the ground in front of it, blood pouring from his left eye, which was swollen shut. A white man pinned him down, restraining his hands. On the lawn nearby was a long metal pipe, stained with blood.

This evidence was heard on the first day of the high-profile trial of Constable Michael Theriault, a Toronto police officer, and his brother, Christian Theriault, who are charged with aggravated assault, accused of beating Mr. Miller so aggressively he lost his left eye. The Theriault brothers have also been charged with obstructing justice for the way they described the incident to police.

The case has drawn wide attention, placing it in the centre of debates about violent interactions between police and the black population, and the state of police oversight in Canada.

While other encounters between police and black people that have resulted in severe injury or death have been investigated by police watchdogs or coroners’ inquests, it is rare that they result in criminal charges against an officer.

When it comes to violent interactions with Toronto police, black people are over-represented in every category from use of force (28.8 per cent of cases) to fatal shootings (70 per cent), according to data from 2013 to 2017 collected by the Special Investigations Unit, Ontario’s police watchdog, and published by the Ontario Human Rights Commission.

The Crown told The Ontario Superior Court of Justice in Oshawa that witnesses will include police officers who attended the scene, a forensic pathologist, an expert on police training and Mr. Miller himself. The trial, which Justice Joseph Di Luca is hearing without a jury, is expected to last two weeks.

Byron James Silverthorn of Whitby testified that on the morning of the assault on Mr. Miller, he woke up to cacophony outside his house, which was down the street from the Theriault home. He said that from the window he saw two individuals violently punching a third person repeatedly at the side of his house. Shortly thereafter, a man banged frantically on his door, screaming for him to call 911.

In the 911 call that was played in court, Mr. Silverthorn explains to the operator that two men are on his driveway: one on the ground and a larger man standing over him, wielding a four-foot pipe-like object. When the first man tries to get up, the man with the weapon strikes him. A third man, who was also on the driveway, is now pacing on the road in front of the house, on a cellphone, he says.

The operator says another call had come about this incident and Mr. Silverthorn guesses it’s the man pacing on the road.

“It looks like one guy was trying to break into the other guy’s car there," the operator explains.

“Yeah, I know, but it looks like it was getting pretty ...” Mr. Silverthorn responds with urgency in his voice, before the operator cuts him off.

“Yeah, I guess he was trying to restrain him, that’s why,” the operator says.

Mr. Silverthorn told the court the pipe-like object was being used to “stab at the person, push them down.”

He testified that the beating he saw earlier, at the side of his house, with two men rapidly punching a third man, was severe.

"It’s pretty well common knowledge that if you receive enough blows to the torso you could end up [dying] through lung collapse, a blood clot, internal bleeding,” he said.

Durham Regional Police Constable Jennifer Bowler told the court she arrived after three calls about the incident: one from Mr. Silverthorn, one from Mr. Miller and a third from someone reporting they’d seen a person breaking into cars. She spotted Mr. Miller and a white man on the ground in front of the house.

She said the white man told her Mr. Miller had been stealing from his car and was accompanied by another person, who had fled. When Mr. Miller got up, Constable Bowler noticed his eye injury, which she described as "very bloody” and which made her "a little queasy.”

She took photos of Mr. Miller’s injuries and a cut on Christian Theriault’s right hand and bruising on the surface of his hand. There was no blood on him. She did not take any photos of Michael Theriault, as he did not appear injured.

Constable Bowler then went to a house down the road, where Mr. Miller was accused of breaking into a truck, the house the Crown identified as the Theriault family home. She said she interviewed an occupant of the house and photographed the truck, in which the centre console was open.

She then returned to the house where the beating occurred to collect evidence, including cellphones, gloves and a long metal pipe – all stained with blood.

She said she then noticed new items had been placed on the hood of a vehicle parked in the driveway: loose change, a packet of gum and a $5 bill. She also noticed blood and “some sort of tissue" that she assumed came from Mr. Miller’s eye, on the hood of the SUV as well as droplets of blood surrounding the house.

Mr. Miller was charged with several offences. They were later withdrawn.

Although police at the scene, including Constable Bowler, knew Michael Theriault was an off-duty officer, they did not notify the Special Investigations Unit. It wasn’t until many months later, after Mr. Miller’s lawyer Julian Falconer pressed for it, that the SIU investigated the incident and charged the Theriault brothers. 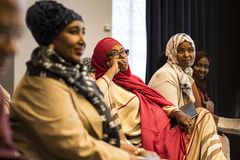 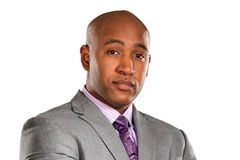 Family of black teen allegedly beaten by officer seeks probe of police forces
August 16, 2017
Follow Dakshana Bascaramurty on Twitter @DakGlobe
Report an error Editorial code of conduct
Due to technical reasons, we have temporarily removed commenting from our articles. We hope to have this fixed soon. Thank you for your patience. If you are looking to give feedback on our new site, please send it along to feedback@globeandmail.com. If you want to write a letter to the editor, please forward to letters@globeandmail.com.
Comments are closed