Ontario’s energy regulator needs a complete overhaul to ensure it responds to rapid technological change in the electricity system while protecting consumers, says a provincially appointed panel whose report comes as the Progressive Conservative government prepares to make major changes to the Ontario Energy Board.

The panel’s report – which is set to be released Thursday – urges Premier Doug Ford to give the provincial energy board more independence by appointing a board of directors to manage it, to separate the organization’s management from its regulatory commissioners, and to rename it the Ontario Energy Regulator. It said the new board should streamline its review process for utilities looking to change their rates, and must develop a plan to better deal with the sector’s need to innovate in the face of technological change.

Provincial Energy Minister Greg Rickford has signalled the government’s intention to make changes at the board, as it presses local utilities, transmission companies and power generators to cut costs to make good on a Progressive Conservative election promise to reduce rates by 12 per cent.

In January, the Ford government appointed the Premier’s principal secretary, Jenni Byrne, as a full-time member of the board. Its current chair and chief executive, Rosemarie Leclair, was appointed by the Liberal government in 2011, and has a dual role of both managing the organization and serving as chief commissioner for rate reviews and other regulatory hearings.

The government had no comment on the report Wednesday, except that it is “carefully considering the recommendations,” Mr. Rickford’s spokesman Brayden Akers said. However, in a speech last fall, the Energy Minister promised major changes at the board to ensure it is focused on “rate protection for customers,” while also managing the unprecedented amount of change being experienced in the industry. The government has had the panel’s final report for several months.

The three-person panel was led by Richard Dicerni, a former senior civil servant who worked at both the provincial and federal levels. It was set up by the former Liberal government, but its role was endorsed by the Progressive Conservative government after it took office last June.

Its report noted that provincial electricity utilities are facing disruption as a result of digital technology and environmental issues that range from the adoption of electric vehicles, to the introduction of renewable generation and batteries on the grid, to a growing pattern of industrial and commercial customers to generate their own power and rely on the provincial electricity system only for backup and emergencies.

“New disruptive technologies are poised to impact and redefine the marketplace which the OEB regulates," the panel said, adding “it is vital for Ontario’s well-being that the OEB not only manage this transition, but that it manages this transition extraordinarily well.”

Utility executives have complained in recent years that the Ontario Energy Board is not well equipped to deal with the technological challenges they face, and that it is reluctant to allow companies to spend money on research and development or innovation, and recoup the money from rates paid by customers.

However, any new Ontario regulator will have to wrestle with the same competing priorities: allowing utilities to earn a profit on investments they make in new technology while keeping costs down for consumers who have seen electricity prices in the province spike higher over the past decade.

When Ms. Byrne was nominated to the board in January, Mr. Ford said she would work with other members “to bring utility rates under control and make life more affordable” for people in Ontario. During last year’s election campaign, Mr. Ford said he would reduce rates by, among other things, eliminating conservation programs that are included on utility bills and financing them through general revenues. However, Finance Minister Vic Fedeli is set to release the government’s first budget in April and has vowed to produce a plan to eliminate the $13.5-billion deficit.

At an industry conference earlier this month, Toronto Hydro Corp. president Anthony Haynes argued the conservation programs are critical to keeping costs down and restraining the growth in electricity demand, even as the population in the Greater Toronto Area expands. 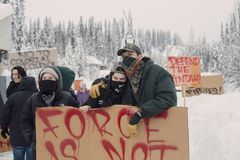 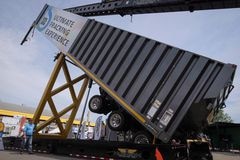