Canada and its G7 allies are taking Russia’s denials of the poisoning of Alexei Navalny with a skepticism, Foreign Affairs Minister Francois-Philippe Champagne said Friday.

Navalny is in a Berlin hospital after being placed in an induced coma and Germany has accused Russia of poisoning him with a chemical nerve agent. The Kremlin has denied it had anything to do with poisoning Navalny on an Aug. 20 trip from Siberia.

“I think everyone is looking at that with a grain of salt,” Champagne told The Canadian Press.

Canada is working with Germany and G7 partners on a co-ordinated response to Russia’s attack on a leading political opposition figure.

Champagne wouldn’t say whether sanctions or more diplomatic expulsions may be in store, saying the focus is on bringing the perpetrators of the attack to justice.

NATO Secretary-General Jens Stoltenberg also said Friday that there was “proof beyond doubt” that Navalny was poisoned by a military-grade agent from the Novichok group, a set of toxins developed by the Soviet Union.

Earlier this week, Champagne took part in a virtual meeting of foreign ministers from the G20, a group that includes Russia, Saudi Arabia and China.

But Canada chose the smaller G7 — which is made up leading democratic countries — to have a more robust discussion about dealing with what Champagne called an outrageous move by the government of Russian President Vladimir Putin to stifle dissent.

“I cannot conceive a world under which Novichok or a poisoning substance of the group of the Novichok would have been used in Russia without any state directly or directly being involved. I think everyone is looking at that with, I would say, a certain element of doubt,” he said.

Champagne’s German and French counterparts, Heiko Maas and Jean-Yves Le Drian, issued a joint statement on Friday calling for the perpetrators on the attack on Navalny to be tried for what they called a “despicable act.”

Britain has identified Novichok as the agent that was used to poison ex-Russian spy Sergei Skripal and his daughter in the English city of Salisbury in March 2018. The Skripal affair lead to round of retaliatory diplomatic expulsions between Russia and Western countries.

Michael Bociurkiw, a Canadian-born analyst who has worked for the Organization for Security and Co-operation in Europe, said Canada and its allies have a number of “harsher measures” they could impose on Russia.

“More sanctions but in a co-ordinated way, which includes expulsion of diplomats and closure of diplomatic posts — even suspending landing rights for Russian registered aircraft,” said Bociurkiw. He also called for swift measures to “block private or commercial property purchases by Russians or those suspected of being associated with Russian buyers with money which cannot be substantiated or traced.”

Champagne said it was “early days” to specify any particular measures that might be taken, and that the focus is finding those responsible and bringing them to justice.

The minister was speaking from quarantine after visiting four countries last week, including Lebanon. The trip also featured a meeting in Italy with Champagne’s Chinese counterpart, Wang Yi, where Champagne pressed for the release of and consular access to Michael Kovrig and Michael Spavor.

Kovrig and Spavor have been in Chinese prisons since December 2018 in what is widely seen as retaliation by Beijing for Canada’s arrest of Huawei chief executive Meng Wanzhou on an American extradition warrant.

Champagne said he and Wang also had a “robust” discussion on human rights that encompassed China’s clampdown on democracy in Hong Kong after Beijing imposed a widely criticized national security law on the former British colony.

Canada has already suspended its extradition treaty with Hong Kong and banned the export of military goods. But critics want the Trudeau government to do more to help Canadians and pro-democracy advocates get out of Hong Kong before the can face reprisals.

Champagne said he is working on those next moves with Immigration Minister Marco Mendicino.

“We’ll be watching carefully and engaging with partners around the world to tell the Chinese authorities what we see is detrimental to the future of Hong Kong.”

Champagne said he also plans more international travel, despite the restrictions imposed by COVID-19. He said it is important for Canada to engage directly with key allies, which he did in a two-hour, face-to-face meeting in London one week ago with his British counterpart, Dominic Raab. 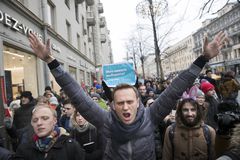 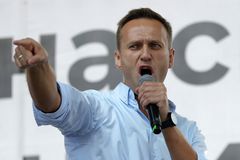 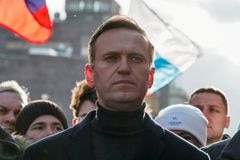