As she prepares to start her first year of studies at the University of Regina next month, Ellie Kozan is doing her best to accept the fact that she won’t get to compete in any cross-country running events for the school.

“It’s kind of upsetting. I was really looking forward to it,” says Ms. Kozan, a 17-year-old who lives just outside of Regina. Last fall, she placed 10th at the Saskatchewan provincial championships.

Ms. Kozan started running cross-country when she was in high school. She credits it with teaching her to push her limits, as well as making friends. She keeps her medals and ribbons in a box in her closet, after they overflowed the constraints of a drawer she’d been storing them in.

Her mother, Andrea Kozan, is worried about the potential consequences of Ellie not being able to participate in school sports.

While students across Canada will face a major readjustment this year in September, student athletes may face particular challenges, experts warn, as many schools across the country will be cancelling team sports. Beyond a way to stay fit, sports can also give students a sense of identity, a social circle, and a motivation to do well academically. And with private leagues in operation, economic divides will determine, in some cases, who gets to participate and who doesn’t.

“I fear for this grouping of student athletes,” says Jordan Abney, executive director of B.C. School Sports, a non-profit organization that represents more than 450 schools in the province. “That sense of normalcy and belonging and responsibility that all comes with being a student athlete is tremendously beneficial both for the physical and mental health of students.”

A study conducted earlier this year by researchers at the University of Wisconsin School of Medicine and Public Health showed how not having school sports during COVID-19 has affected student athletes’ mental health.

“This is a public health issue,” says Dr. Tim McGuine, who led the study.

Previous studies have shown that, compared with their non-athletic peers, student athletes perform better academically, are more likely to deal well with adversity as adults, are less likely to be obese and are more civically engaged, among other benefits, Dr. McGuine says.

While team sports such as hockey, football and basketball may pose too great a risk of COVID-19 transmission, schools should make an effort to make lower-risk sports – such as track and field, cross-country or tennis – available to students for the benefit of their physical and mental health, Dr. McGuine says.

Plans to offer sports at school differ across the country.

At the pre-university level, the Ontario government’s plan says schools can offer organized sports “if physical distancing is possible and equipment and spaces are cleaned and disinfected between each use.”

In B.C., the return-to-school plan states that ”Inter-school events, including competitions, tournaments and festivals, should not occur at this time.” That position will be re-evaluated in “mid-fall 2020.”

Saskatchewan’s plan allows for the return of indoor sports.

That is good news for Fiona Wood, a 16-year-old who lives in Regina. When her school closed in the spring and she was no longer able to play for the volleyball team, it left her feeling “shocked” and “quite sad,” she says.

Her mother, Roseanne Wood, noticed the difference almost right away. “When sports ended, all she was doing was on her phone and it was hard to motivate her to do anything else,” Ms. Wood says.

Fiona has always been a good student, and playing on her school’s volleyball team is part of her motivation to get good grades, her mom says. Coaches expect players to do well in school. Otherwise, athletes may have to ride the bench.

“She does do really well in school and I don’t know if that will continue without sports,” Ms. Wood says.

Brent Sweeney, the athletic director at South Delta Secondary School, in B.C., says there are many athletes at the school whose main reason for getting good grades is to get playing time.

Without school sports, “You don’t have the ability to hold athletics over their heads,” he says. “The difficulty in getting them back on track academically will be a problem.”

School sports have historically presented one of the lowest barriers to athletic participation for many young Canadians. But now, with many private sports leagues and camps operating across Canada, those who can afford to pay the fees will still get to play, while kids who don’t have the financial means won’t have that same opportunity if school sports aren’t available.

“When you take away those school sports, it’s one opportunity to potentially play, and those that are less fortunate and marginalized and don’t have the funds, you’re taking away that opportunity where they might make a school team,” says Bryan Ezako, manager of KidSport Canada, an organization that provides financial support for equipment and registration fees for children ages 18 and under.

Ellie Kozan has resigned herself to this being a “building year,” she says. She’ll train with her team and try to stay productive. She looks forward to once again being able to compete, whenever that may be.

“It keeps you going,” she says. 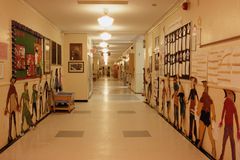 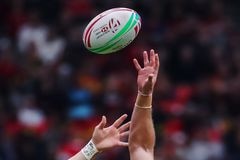