Prime Minister Justin Trudeau’s nominee for the Supreme Court has family links to several Liberal prime ministers, beginning with a great-grandfather who was a close friend of Mackenzie King, and a grandfather who advised him.

And like his grandfather, a lawyer who left his mark on Canada – as secretary to cabinet during the Second World War – Nicholas Kasirer is seen as a potentially game-changing addition. Court watchers who know him well say they expect him to become a bridge between the court’s solitudes.

The anglophone Quebecker arrives as the country’s most powerful court is in transition. Five of its nine members, including him, once he is confirmed, will have been on the court for four years or fewer. Just one judge has sat for more than eight years. (His confirmation is a virtual certainty. It is the Prime Minister’s prerogative, and Parliament will not vote on his suitability, although parliamentarians will ask him questions at a public hearing next Thursday.)

Fluently bilingual, the 59-year-old Justice Kasirer has been a member of the Quebec Court of Appeal for a decade, and before that was law dean at McGill University for six years. In his public application for the Supreme Court, he professes a passion for Quebec’s civil code, derived from France, which covers property and civil rights. Outside Quebec, the British common law holds sway in those areas of law. On the Supreme Court, rulings usually reflect one tradition or the other – but seldom both at the same time.

That could change now, said Senator Pierre Dalphond, a former colleague of Justice Kasirer on the Quebec Court of Appeal.

“I think he can build bridges between civil law and common law traditions,” he said in an interview. “He understands what I would call le génie, the genius, of common law and civil law.”

To Mr. Dalphond, the court’s transitional state is evident in an increasing tendency to issue split opinions. In 2018, the court had its highest percentage of non-unanimous decisions in at least a decade, at 52 per cent. That compares with an average of 31 per cent over the previous 10 years.

Heavily divided opinions can muddy the central point of law at stake in a ruling, Mr. Dalphond said. “So you have to build collegiality in order to issue judgments that are determinative.” And Justice Kasirer is a consensus-builder, he said.

That diplomatic approach may have come from his maternal grandfather, Arnold Heeney, Mr. Dalphond said. Mr. Heeney, a Rhodes Scholar, twice served as Canada’s ambassador to the United States, and while Louis St-Laurent was prime minister, he was undersecretary of state for external affairs to Lester Pearson, later the prime minister (and direct predecessor of Justin Trudeau’s father, Pierre).

Before that, Justice Kasirer’s grandfather was principal secretary to Mr. King from 1938 to 1940, and then Clerk of the Privy Council and secretary to cabinet from 1940 to 1949, responsible for organizing the work of the cabinet war committee.

The family links go back a long way. Mr. Heeney’s father, W. Bertal Heeney, was an Anglican clergyman who was close to Mr. King, and Mr. Heeney once joked that he was not hired on the merit principle. Mr. Heeney’s efforts though, have been widely described as exemplary. Historian Jack Granatstein wrote that “almost single-handedly, Heeney had carried the Canadian government into the modern era,” by bringing structure to the work of cabinet.

For Justice Kasirer, the potential bridge-builder, his roots suggest the two solitudes of his own background. His father worked for the Canadian government at a time it closed the doors to Jewish refugees from Europe, an event for which Prime Minister Trudeau apologized last November. However, on his father’s side, he has Jewish roots, which a friend says still hold meaning for him.​

“The Kasirer family is of Jewish origin,” Rosalie Jukier, who teaches law at McGill, said in an e-mail, “and I do know that Nick has family members on his father’s side who are Jewish.” (His father, Paul Kasirer, a medical doctor who died in 1999, was buried at Christ Church Cathedral in Montreal.) “He has often spoken to me about his father’s Jewish heritage, and I think it is notable that Nick was a member of the board of the Jewish Public Library.”

The Montreal-born Mr. Kasirer is a married father of three. His wife, Jane Mappin, is a dancer and choreographer. High achievement appears to run in the family. The couple have a son who – like the late Mr. Heeney – is a Rhodes Scholar, and is now studying medicine at McGill. One daughter has studied at Oxford, and another is currently studying there. Mr. Kasirer himself, after receiving his law degree at McGill, did postgraduate studies in international law at the University of Paris.

Quebec lawyers and ex-judges describe him either as a centrist or progressive. The Conservative government of Stephen Harper appointed him to the appeal court, but overlooked him for a Supreme Court vacancy four times.

“He’s what we would call in French un juge progressif,” Jean-Louis Baudouin, a former appeal court judge, said in an interview.

He cited a 2014 ruling Justice Kasirer wrote for the majority in Benhaim v St-Germain, a medical-liability case, that made it easier to sue doctors for negligence in certain cases. (The Supreme Court later overturned the ruling.)

Elections Canada data since 2004 disclose no political contributions to any party or candidate.

Justice Kasirer’s nomination came through a process in which, for the first time, a formal agreement with Quebec required Mr. Trudeau to receive a non-binding recommendation from that province, drawn from a short list prepared by a non-partisan committee. Quebec Justice Minister Sonia LeBel praised the appointment on Twitter.

Justice Kasirer declined to be interviewed. 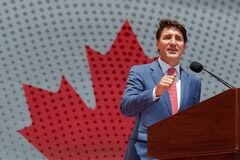