The unconventionally convivial relationship of the incoming P.E.I. premier and the Opposition Green party has hit an early rough patch.

After an election campaign marked by mutual declarations of respect, Tory Leader Dennis King warmly hugged Green Leader Peter Bevan-Baker in a CBC interview, and he has acknowledged “co-operation and collaboration” would be key to his government’s future.

King even mused about the possibility of including other parties in his cabinet.

On Tuesday, he succeeded in receiving the confidence of the lieutenant-governor to form a minority government.

But in an interview Friday, Bevan-Baker said he’s concerned that King went to the lieutenant-governor without first having a written agreement of support from either of the opposition parties.

“I think things happened in the wrong order as far as I’m concerned,” said the Green leader.

Bevan-Baker says it’s too soon for him to say that his party is “absolutely willing” to support the new Tory government in the legislature.

The Tories won 12 seats in the April 23 election, while the Green Party won eight and the Liberals six, creating the first minority outcome in a P.E.I. election since 1890.

A by-election is to occur in Charlottetown-Hillsborough Park following the deaths of Green party candidate, Josh Underhay, and his young son in a boating mishap on the Hillsborough River last month.

The Green leader said if King were to seek his party’s ongoing support to continue in power, the Greens would seek a so-called supply and confidence agreement.

“We would be looking for a fairly formal written agreement, akin to the supply and confidence agreement that exists between the NDP government in British Columbia and the Green party there,” said Bevan-Baker.

The British Columbia agreement’s wording says it “sets out a new relationship between the two parties, founded on the principle of ‘good faith and no surprises.“’ Bevan-Baker argues that this kind of agreement is superior to having a situation where the Conservatives must seek support on an issue-by-issue basis.

“The potential for things to be taken into the backrooms and for horse trading to occur there, that definition of collaboration is not what I’m talking about here,” he said.

Bevan-Baker also is now saying he’s “cool” to the idea of having one of his party’s legislators in a multi-party Tory cabinet.

“There are complexities and awkwardnesses that get introduced into governance if we go with that,” he said.

The leader said that if an opposition party accepts such a position, it is then bound by cabinet confidentiality and solidarity, requirements that may hinder the opposition parties’ ability to hold the Tories to account.

Phillipe Lagasse, an expert on the Westminster parliamentary system, said the distancing between the Greens and the Tories shouldn’t come as a surprise.

“It (entering cabinet) would complicate their life as the official Opposition,” said the Carleton University political scientist in an interview.

As far as the lack of a formal agreement among the parties, Lagasse said that is not unusual in Canadian minority governments.

He said while the promises of toned-down rhetoric by the Island politicians may be commendable, the role of the opposition in a parliamentary system is primarily to critique the party in power.

“Our system works best when there’s a check on the executive and that check has to come from an opposition party,” he said. 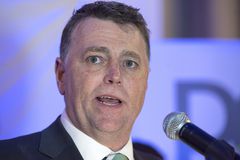 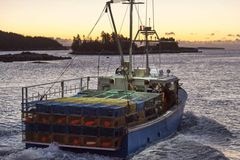 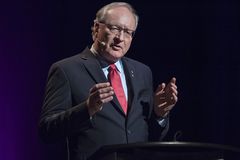 PEI Tory Leader plans to use a co-operative approach with Green Party and Liberal opposition
April 24, 2019 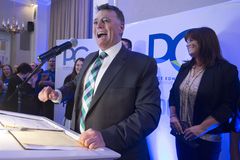