When Rachel Burns, a graduating student at the Etobicoke School of the Arts in Toronto, totalled up the scholarship offers that have come in over e-mails and letters, she found that she has shattered records at her school.

“It’s unbelievable. I’ve been putting off adding it all up,” said the 17-year-old, who works with photography, drawing, painting, video and sculpture. “It’s just so crazy to get all these offers. I don’t know what to do with them.”

The offers are still trickling in.

At a time when arts education is facing cuts in public schools, Ms. Burns’s dedication is proof that the subject can lead to not only a well-rounded education but also success.

The Etobicoke School of the Arts, in Toronto’s west end, is Canada’s oldest free-standing arts-focused school. Admission is competitive and its alumni include members of the cast of Degrassi: The Next Generation.

Principal Peggy Aitchison said the talent of ESA’s students is noted internationally and there’s often a type of “bidding war” that happens close to graduation among postsecondary schools.

“When we have these top-notch artists, they are in great demand,” Ms. Aitchison said. “They are exceptionally talented students. ... I think the teachers really help them find what’s in themselves that maybe they didn’t know was there. It’s an inspiring place to be.”

Ms. Burns applied to 38 schools, in Canada, the United States and even the Chelsea College of Arts in London. She has received scholarship offers from 23 of them; others have either offered admission without a scholarship or she has yet to hear back on her application.

It may appear excessive to apply to so many universities and colleges but it’s not unusual among her classmates at the school. Many of these postsecondary institutions visited ESA in the fall, when the school played host to a portfolio event for students to showcase their work.

Asked about narrowing down applications to a few schools, Matthew Varey, the head of the contemporary-art department, responded: “Well, which three or four? How do you know which institution is most likely going to serve your needs? One way to get around travelling to all of them, which our kids can’t afford for sure, is creating relationships with them and getting to know them.”

Besides, Mr. Varey pointed out, many institutions have waived their application fees.

Mr. Varey said his students are being offered multiple opportunities, but schools are expensive and the scholarships go a long way in helping defray costs.

Some students at ESA have been offered admission and scholarships when university and college representatives visit the fall’s portfolio event. One postsecondary institution offered to pay a student’s housing and travel costs to visit home. Mr. Varey has been on the phone when schools have raised their scholarship offers to attract students.

This year, Ms. Burns is the only one with more than $2-million in scholarship offers, but three others are nearing that amount, and by the “end of negotiations,” they may all be over, Mr. Varey said. (The deadline for acceptance is May 1.)

He described it as the “biggest year” so far in terms of scholarship dollars and number of shows his students have been in.

Ms. Burns opened an exhibition on Saturday at the General Hardware Contemporary in Toronto − believed to be the first time a Canadian high-school student has had a solo exhibition at a commercial art gallery.

Ms. Burns said she is excited to pursue arts in university. She and her classmates worked together on their applications and congratulate one another on their successes, she said.

She organized her postsecondary applications and the offers on a spreadsheet. Her highest scholarship offer is US$146,000 from the Milwaukee Institute of Art and Design. She hasn’t made her decision as yet.

“I’m still hearing offers today. ... I go through waves of excitement and then you get struck with reality and how much the schools actually cost to go to and then you have to compare the scholarship to tuition,” she said.

“It’s kind of dreamlike, for sure.”

Editor’s note: Correction: An earlier version of this article incorrectly said singer/songwriter Fefe Dobson was an alumni of The Etobicoke School of the Arts. 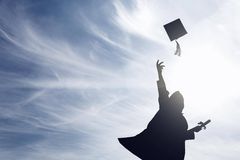 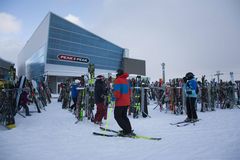 Daughters for Life funds scholarships for women from the Middle East
January 12, 2018 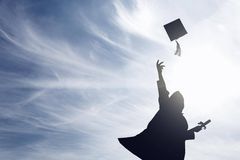