An ousted federal Liberal candidate says party officials helped him prepare a damage-control plan, including outreach to Jewish communities, to deal with his past controversial comments before they abruptly changed course last week and cast him aside.

The Liberal Party of Canada revoked the nomination of Hassan Guillet, a Quebec Muslim leader, after B’nai Brith accused him last week of engaging in “a pattern of disturbing anti-Semitic and anti-Israeli statements” on social media.

Mr. Guillet, who gained a moment of international prominence for his stirring call for unity after the Quebec City mosque attack in 2017, said Wednesday he is not anti-Semitic and his comments were publicly visible on his Facebook page since Liberal officials approached him about running two years ago.

The posts remained visible during the Liberal nomination process in the spring and right up until damage-control discussions with Liberal officials started Aug. 8. He said he deleted some of the comments as part of that plan.

“I am not racist or anti-Semitic, they were simply afraid of the media,” Mr. Guillet said at a news conference, adding he and his supporters “feel betrayed and victimized by [the party’s] incompetence and, at worst, bad faith.”

Liberal Party spokesperson Braeden Caley would not address Mr. Guillet’s specific allegations but sent a statement: “Following an internal review, the Liberal Party of Canada took the appropriate steps to remove Mr. Guillet as the Liberal candidate for the riding of Saint-Léonard–Saint-Michel. That decision is final.”

Mr. Guillet said Liberal officials gave him an outline of the comments dated May 28 – the day after he won the nomination.

In one Facebook post written in Arabic, Mr. Guillet congratulated Raed Salah, a Hamas-linked activist who has accused Jews of staging the 9/11 attacks, for his release after nine months in an Israeli prison. Canada lists Hamas as a terror group and Israeli officials had accused Mr. Salah of promoting violence and terrorism.

Mr. Guillet said he knew Mr. Salah as an Israeli citizen who protested the closing of the Al-Aqsa Mosque in Jerusalem. Mr. Guillet said he was unaware of Mr. Salah’s many anti-Semitic statements, including that Jews use children’s blood for baking holy bread.

Another post documented by B’nai Brith showed Mr. Guillet claiming Zionists control U.S. politics. In another instance, Mr. Guillet described Israel as an apartheid state. Mr. Guillet said he was criticizing Israel, not Jews, but would not repeat that statement today as an aspiring Canadian Parliamentarian.

Jewish groups were not satisfied with Mr. Guillet’s explanations. Mr. Guillet “only confirms our position that he is not fit to carry the Liberal Party banner,” said Michael Mostyn, chief executive officer of B’nai Brith Canada. “We are satisfied with our role in exposing his anti-Semitic statements, and disappointed that he spurned an opportunity to retract them.”

The Centre for Israel and Jewish Affairs accused Mr. Guillet of doubling down on hateful discourse. “This type of toxic discourse does not belong in Canadian politics,” said David Ouellette, director of research and public affairs at CIJA. 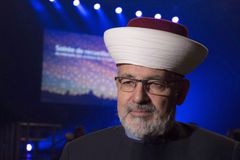 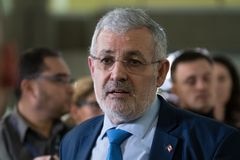