In the past two years, David Palmer has landed two of the largest philanthropic gifts in Canadian history, one of $100-million and one of $250-million.

The donations are a windfall for the University of Toronto, where Mr. Palmer is vice-president of advancement. They may also herald a new era in philanthropic giving.

Mr. Palmer, who has built a career coaxing private money into the service of public institutions, believes big gifts tend to spawn even bigger ones.

“There’s ample evidence that these large gifts cause others to think about what they’re doing to lift their sights,” Mr. Palmer said. “I think we all feel that we have barely begun to tap the enormous financial capacity for philanthropy that exists in our society.”

In September, the U of T announced that James and Louise Temerty had donated $250-million to the university, the largest gift of its kind in Canadian history. Only 18 months earlier, Gerald Schwartz and Heather Reisman donated $100-million.

Over the past decade, university fundraising has taken on added urgency as provincial government funding has stagnated. In the past five years, the value of donations to universities and colleges from individuals, not-for-profit foundations and business has increased to more than $1.5-billion, according to Statistics Canada. Although only a small portion of overall revenues, those gifts help fund special initiatives in areas including infrastructure, scholarships and research.

Every institution has a team that cultivates potential benefactors. Alumni are primary targets, but also those with family or business ties to the institution.

Joy Johnson, president of Simon Fraser University in British Columbia, in December announced a record $34-million gift from alumnus Lance Uggla aimed at improving social mobility and access to higher education for students from disadvantaged and minority backgrounds. It was SFU’s largest gift ever, and Dr. Johnson said it took years of planning and discussion to come together.

She said pursuing philanthropic donations is an important part of a university president’s work. She has two to three fundraising-related meetings each week, she said, and expects that to grow.

“Increasingly, this is a major part of a president’s role, to be out there in the community, cultivating relationships, talking about the goals of the university,” she said. “It is not simply just going and asking people to write cheques. It’s about making a case for support.”

Getting the gift is only half the job, she added. The university must also track its work to demonstrate the results of the donor’s contribution, and to say thank you appropriately.

Michael Logue, a partner at national fundraising consultancy KCI, said there is a growing trend toward “mega gifts” of $10-million and up. A decade ago, a donation of $1-million or more to a university was a big deal, he said, and it still is, but larger gifts are becoming more common. In part, it’s a demographic trend as a generational transfer of wealth occurs, he said. But it’s also because donors, particularly the wealthiest, are focused on impact.

Mr. Palmer said every gift, $10 or $10-million, begins with a desire to create change. Large gifts are different only in that they can create change at scale. He sees it as his job to articulate how the university’s research and teaching align with the change a potential donor wants to see, whether it be research advances or improved access to opportunities for young people, for example.

“Sometimes, institutions might have some great ideas floating around, but not have success in how they articulate and frame them,” Mr. Palmer said. “Big ideas attract and inspire big philanthropy.”

Mr. Palmer began his career as a scholar, teaching music history at the University of Western Ontario. He was also a freelance writer and part-time fundraiser for the local orchestra, which led to a job in marketing and communications at Western’s business faculty, where he contributed to its rebranding as the Ivey Business School. He later moved to the Royal Ontario Museum, which is where he met Mr. Temerty, a former chair of the museum board.

Although he had been head of advancement at U of T since 2007, Mr. Palmer didn’t approach Mr. Temerty, founder of energy company Northland Power Inc., until he had an idea that would align with Mr. Temerty’s philanthropic goals, which have focused in part on health care and medical research.

“Major philanthropists are usually focused on one or two, maybe three areas,” Mr. Palmer explained. He pitched the proposal as the largest donation to a Canadian university, believing the plan and its ambition would capture the Temertys’ imagination. Their support for the now-renamed Temerty Faculty of Medicine will fund a new centre for artificial intelligence in health care, support underrepresented students and provide money to attract exceptional research talent.

Mr. Schwartz and Ms. Reisman, CEOs of Onex Corp. and Indigo Books and Music Inc., were taken with the university’s ability to harness the work of scholars from many disciplines on technology, innovation and artificial intelligence. Their donation will support construction of a new centre for innovation and entrepreneurship, and an institute to study the effect of emerging technologies on society.

Mr. Palmer acknowledges that the U of T, as Canada’s largest research institution, may have an advantage in attracting donors. Neither the Temertys nor Mr. Schwartz or Ms. Reisman are alumni.

But other Canadian institutions have also received large gifts in recent years. John and Marcy McCall MacBain donated $200-million to McGill in 2019 for a flagship graduate scholarship for promising leaders. Charles and Margaret Juravinski donated $100-million to medical research, including at McMaster University in Hamilton in 2019.

Eleven donations of $1-million or more were made to Canadian postsecondary schools or associated hospitals in October, 2020, and nine more in November. The recipients range from small colleges to major universities, according to KCI.

Before the pandemic, about 40 per cent of major gifts, those over $500,000, went to education, according to KCI. That proportion plummeted in the first months of COVID-19 as community service organizations rose to the fore, but that could soon start returning to previous levels. Mr. Logue said giving to universities in regional centres has increased as philanthropists aim to ensure local institutions are on firm footing.

“I think we’re going to see more donors who want to give back in a really big way with really big impact,” Mr. Logue said. 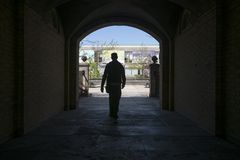 Opinion
The giving capacity of private foundations needs to be put on a war footing
December 21, 2020 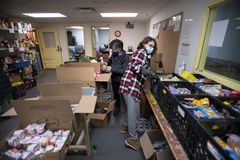 Organizers of food, drink fundraisers won’t let a pandemic stop them from giving back
February 16, 2021 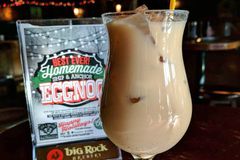