Richard Neal, the chair of the U.S. House of Representatives ways and means committee, is a key player in bringing ratification of the new United States-Mexico-Canada-Agreement, or USMCA as it is known in the U.S., to the floor of Congress for final legal approval.

Labour Minister Patty Hajdu will join an expanded meeting between Neal, Prime Minister Justin Trudeau and Foreign Affairs Minister Chrystia Freeland to provide an update on how Canada is trying to help Mexico comply with a key USMCA provision – ensuring that measures to improve workers’ rights in Mexico are enforceable, officials say.

For several months, the Democrats have been trying to negotiate changes with Trump’s trade czar, Robert Lighthizer, to the USMCA’s provisions on labour, environment, patent protection for drugs and enforcement, and have, by all accounts, worked hard to make progress.

During the renegotiation of the North American Free Trade Agreement, Canada and the U.S. pushed Mexico to improve its labour standards to prevent companies in the manufacturing and auto sectors from relocating to a market where workers earn far less. Now, the Americans want to make sure those changes have teeth.

Hajdu travelled to Mexico this summer to share Canada’s expertise on improving Mexican labour standards, and Neal paid his own visit to Mexico last month.

“That is an area in which we have been working quite closely with the Americans,” said a senior Canadian government official, speaking on the condition of anonymity for lack of authority to speak publicly. The issue of enforcing labour standards in Mexico is “something we’ve done a lot of work on already.”

The Democrats hold the majority in the House of Representatives, the lower chamber of Congress, and control the timing of a ratification vote for the new trade deal, which was formally signed by the leaders of Canada, the U.S. and Mexico almost one year ago, but still awaits final legal approval.

Only Mexico has ratified the deal, and Canada will only move forward if the U.S. makes the first move.

“The visit is an important temperature check to determine if Canada is on-side with any proposed changes to the labour, enforcement, pharmaceutical and environmental provisions,” said Dan Ujczo, a trade expert with the Ohio law firm Dickinson Wright.

Canada maintains the deal is not open to renegotiation but the official said the government would be open to “tweaks” of non-contentious elements to get to the finish line.

Nancy Pelosi, the Democratic House speaker, expressed optimism last week that congressional Democrats and the Donald Trump administration were close to resolving their differences over the deal – notwithstanding the bitter and noisy Democratic impeachment investigation of the president also happening in the House.

Many observers believed the impeachment proceedings would sideswipe the effort to ratify a deal Trump desperately needs as a win ahead of the 2020 presidential election. Others suggest that it would be politically advantageous for Pelosi and the Democrats to get a deal done in Congress despite the swirling impeachment storm.

Canadian officials insist they don’t need to delve into the potential effect of impeachment proceedings on the trade deal during their meetings with Neal. 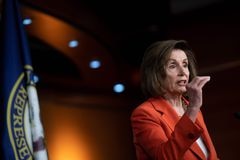 Opinion
Canada’s trade is likely to suffer thanks to our infrastructure woes
October 30, 2019 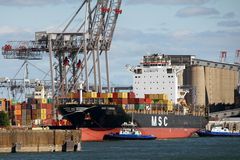 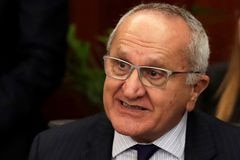