An appeal over wine labelling that threatened to put Middle East politics on trial in Canada’s courts has been firmly reined in, with a judge rejecting a dozen groups' bid to weigh in.

In his ruling, Federal Court of Appeal Judge David Stratas also took shots at the media, intervenors and other judges he said express opinions publicly before deciding cases.

“We are only a court of law, not a policy forum, and still less a department of foreign affairs pronouncing on controversial international issues,” Stratas said. “We are suited to law, not free-standing policy or ideology. We are just lawyers who happen to hold a judicial commission.”

At issue in the case is whether wines produced by Psagot and Shiloh Winery, located in the West Bank, can be branded as Product of Israel under Canadian law.

In his decision this week, Stratas turned down the would-be intervenors, among them the League for Human Rights of B’nai Brith Canada, Centre for Free Expression, Amnesty International, academics, and the UN special rapporteur on human rights in the Palestinian territory occupied since 1967.

“A number of these moving parties seek to intervene to speak to the issue of Israel’s occupation of the West Bank, including the status of the West Bank, the territorial sovereignty of Israel, human rights and humanitarian concerns, issues of international law, and other related issues,” Stratas said. “Many of them appear to want this court to rule on the merits of these issues.”

The problem, Stratas said, is that the appeal does not turn on such considerations. Intervenors, he said, need to be useful to the hearing panel, which these would not be.

Stratas also took aim at “torqued-up” media reports on the underlying Federal Court decision – that labelling the wines as Israel-made was misleading – for luring the plethora of intervenors. Intervention, he said, had increasingly become part of a “regrettable” tendency among those seeking political and social reform to see courts as unfettered decision-makers of a political or ideological sort.

“Alas, I fear that in part, some courts and some judges may be to blame,” Stratas said. “Some give the impression that they decide cases based on their own personal preferences, politics and ideologies.”

Such judges, he went on, “wander into the public square” and “give virtue signalling and populism a go” via op-eds, speeches and interviews.

“They should not act in this way,” Stratas said. “They should stay in their proper place.”

Stratas did allow Psagot Winery to be added as a full party to the proceedings after the company argued it had been conspicuously left out initially. Among other things, the company maintains the 20-year-old winery just north of Jerusalem is owned and run by Israelis in an historically Jewish area.

“Our client, Psagot Winery, is pleased to have been granted the opportunity to be a party to this important legal proceeding,” said its lawyer, David Elmaleh. “Psagot Winery’s voice will now be heard – it proudly produces products of Israel.”

The case arose in 2017, when Dr. David Kattenburg, of Winnipeg, raised concerns with Ontario’s liquor board the wines were from Israeli settlements in the occupied territories, not from Israel itself.

He then complained to the Canadian Food Inspection Agency, which sided with him in mid-2017. However. the agency abruptly reversed course after Jewish groups protested and Global Affairs Canada said the West Bank could be considered Israeli territory under the Canada-Israel free trade agreement.

In July 2019, Federal Court Judge Anne Mactavish ruled it deceptive to consider the wines Israel-made. Everyone agreed, the judge said, that the settlements were not part of the State of Israel. 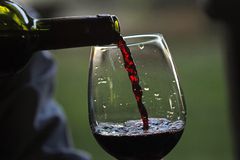