Premier Doug Ford’s government is looking at granting immunity from civil lawsuits related to COVID-19 to those who acted in good faith, a proposal immediately decried by families of people who have died in long-term care facilities.

Mr. Ford this week said in response to a question from the CBC that his government is considering ways to prevent essential workers and workplaces from being sued over the spread of COVID-19. But he said on Wednesday it would not absolve “bad actors” from being held accountable, citing a military report into five of the province’s long-term care homes that chronicled abuse and neglect. His government has called an independent commission to be held in July, and the Auditor-General and provincial ombudsman are investigating the government’s response to the outbreaks in long-term care.

“When we get through this whole process and find out exactly what happened in these homes, there’s going to be accountability,” Mr. Ford said at his daily press conference at Queen’s Park.

The immunity proposal, which Mr. Ford’s cabinet has not yet discussed, would consider indemnifying organizations such as hospitals, companies or staff that may have contributed to the spread of COVID-19 but are determined to have been acting in good faith, a senior government official told The Globe on background.

British Columbia has also passed a cabinet order protecting people or corporations who provide essential services from being liable for damages related to COVID-19.

But lawyer Melissa Miller, who represents 25 families who lost loved ones at Orchard Villa, a long-term care facility in Pickering east of Toronto, said it’s difficult to determine who “bad actors” are before a legal action starts. She said B.C.‘s long-term care system is much different than Ontario’s, citing everything from staffing to the insurance system.

“That’s a huge access-to-justice issue for families that deserve to have answers and compensation for their loss,” Ms. Miller said.

“When you’ve got a system here that is predominantly for-profit, private corporations making money hand-over-fist at the expense of our vulnerable seniors, and then those people who are affected can’t sue? Where is the justice in that? Where is the accountability in that?”

Cathy Parkes, whose 86-year-old father, Paul Parkes, died at Orchard Villa on April 15, has filed a lawsuit alleging negligence at the home, one of the five named in the Canadian military’s report. She said she’s having trouble believing what Mr. Ford says in public about long-term care, noting some former Ford government staffers now lobby on behalf of the industry.

“I think that our cases are solid and I think the public would have a lot to say if they were stopped,” she said. “If you’re not in one of the homes that received military aid, those are the people who would be struggling to get their cases heard.”

“Without it, many insurance companies will cease coverage, and long-term care providers would be unable to continue operating, resulting in residents and their families having to find alternative living and care,” she said in a statement. 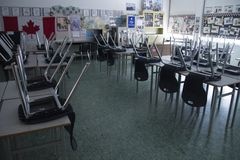 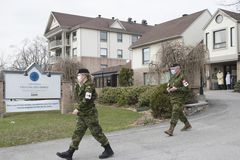 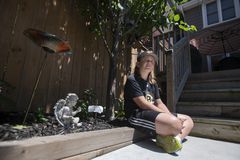