Nearly a quarter million Canadians say they were victims of hate-motivated incidents during a single year, but police across the country investigated fewer than one per cent of these events as hate crimes, according to new data from Statistics Canada.

The federal agency’s latest General Social Survey results on victimization show approximately 223,000 incidents were reported in 2019 in which victims felt hatred was a motivating factor for the suspect. Of those illegal or nearly-criminal events, 130,000 were deemed violent by the person reporting them.

About 21 per cent of the total victims – 48,000 – said they called local police, but official statistics from that same year show Canadian officers only reported 1,946 criminal incidents motivated by hate nationwide.

Statscan collects this information on victims of hate crimes every five years within a 12-month period. Experts say, even though it is immediately dated upon its release, the statistics offer the best snapshot of the state of hate in Canada.

Academics and non-profits that support victims say the scale of incidents captured by the pre-pandemic survey, released last week, are a wake-up call to the massive harms being done to the country’s marginalized communities.

“We are in denial, it’s not just complacency – for a lot, it is outright denial that there’s a problem,” said Barbara Perry, director of Ontario Tech University’s Centre on Hate, Bias and Extremism who began studying hate crimes in the country almost two decades ago.

This summer, Statistics Canada released crime data from last year that showed police across the country reported a record 2,669 hate crimes cases last year – a 37 per cent spike from the year prior – even as overall crime trended downward while society slowed down during the pandemic.

The relatively small number of cases flagged by police in 2019 as being motivated by hate also indicates the criminal justice system is doing a poor job of combatting hate crimes or other incidents where people are targeted over their ethnicity, religion, sexual orientation or gender, Dr. Perry said.

“That’s really disturbing, what’s happening is that the hate motivation is being funnelled out very early, police are not reporting or recording it as a hate crime or people have reported and it hasn’t been followed up,” Dr. Perry said.

Last year, Dr. Perry’s own study of hate crimes investigators she interviewed in Ontario showed they were often frustrated by a lack of institutional support to investigate these cases properly and many were unclear on what constitutes a hate crime, with their confusion exacerbated by the difficulty of determining the hate motivation in criminal acts.

The Criminal Code only identifies four actual hate crimes: three hate propaganda offences and mischief relating to religious or cultural sites. The rest of so-called hate crimes are incidents where a suspect is charged for a core crime and then prosecutors may argue hate motivation at the end of a trial to secure a heavier sentence.

The federal Liberal government recently told The Globe and Mail that it has no plans to update the code, as recommended by National Council of Canadian Muslims (NCCM) and policing experts, to add new provisions that would single out hate-motivated assault, murder, threats, and mischief to include specific new penalties for each infraction.

Statistics Canada said it could not comment on the survey because the bureaucracy is in caretaker mode during the federal election campaign. A spokesperson for the Canadian Association of Chiefs of Police, which includes the leaders of most police forces in the country, did not immediately respond to a request for comment on Friday.

Mustafa Farooq, CEO of NCCM, said his group has its own reporting line that he says logs at least one call a day about a violent threat or incident, said a major challenge is everyday people also have trouble separating a hate-motivated incident from a criminal act that meets the threshold of police securing a charge. That is why Canada needs to create a new system to better support these victims, whether a criminal offence is involved or not, he said.

But, Mr. Farooq said, even when people do report to their local police, the indifference they are often met with stops them from pursuing justice.

“When people come and tell their stories it is an often uphill battle to have police take those claims seriously,” he said, noting his organization frequently liaises with victims and officers.

Evan Balgord, the executive director of the Canadian Anti-Hate Network, a non-partisan non-profit, said the last General Social Survey on victimization in 2014 showed that people were slightly more likely to report these incidents to police, with 31 per cent of all hate-motivated incidents compared to 21 per cent in the new survey.

The new data shows victims attributed more than half the incidents (119,000) in part to a suspect being motivated by a hatred of their race or ethnicity, followed next by the language they were using (72,000) and then their sex (54,000). Multiple factors could be attributed by to a single incident, the agency said. The number of incidents were estimates rounded to the nearest thousand and based on a survey of 22,000 Canadians across the country, with roughly two-thirds choosing the option of responding online, the agency said.

Irfan Chaudhry, director of MacEwan University’s office of Human Rights, Diversity and Equity in Edmonton, said one reason people don’t report a hate-motivated incident to police is that certain communities feel shame, don’t want to feel re-victimized when talking to the authorities and would rather deal with the aftermath, such as cleaning up offensive graffiti, on their own. More commonly, victims simply don’t feel officers can do anything, said Prof. Chaudhry, who founded and oversees Alberta’s Stop Hate independent reporting line for such incidents.

Mr. Balgord, whose group monitors, exposes and counters hate-promoting movements, groups and people, said Statistics Canada needs to do a much better job of tracking these hate incidents by doing this survey every year.

“The General Social Survey takes forever, it’s like a dinosaur – we’re halfway through 2021 and we’re just getting the 2019 results,” he said. “The hate ecosystem moves and shifts so quickly and we don’t even have pandemic-related hate crime data yet.” 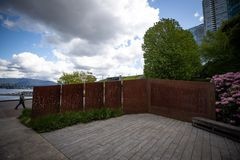 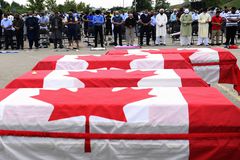 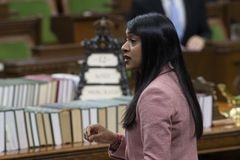