Businesses in B.C. will learn later this week if they can apply for pandemic relief under the province’s $300-million recovery grant program, the head of the public service promised Monday.

For weeks, business leaders have sought assurances that the province’s economic recovery package would be implemented despite the provincial election campaign now underway, which has left the government in caretaker mode.

On Monday, The Globe and Mail reported that financial aid is unlikely to be delivered until all the ballots in the Oct. 24 vote are counted, new ministers are appointed and applications for the programs are vetted – meaning most of the funds would not be disbursed until the end of the year. And that is only if the NDP wins re-election.

The report prompted a response from Don Wright, the top unelected official in government, who said in a statement that some parts of the package are being implemented already.

However, the three key programs that businesses are looking to for emergency cash flow are still in the works. A $50-million fund for tourism won’t be distributed until a task force makes recommendations at the end of the year. Applications for the $90-million Community Economic Recovery Infrastructure Program (CERIP) will close after election day. Criteria and instructions on how to apply for the $300-million for small- and medium-business recovery grants will be posted later this week, and it is not yet clear when that cash will be available.

The grant program was a key feature of the $2-billion economic recovery package that was announced just days before Premier John Horgan called a snap election on Sept. 21. The province has already lost tens of thousands of jobs and the funding was designed to avert further losses by flowing money through to struggling employers.

When he announced the recovery plan, Mr. Horgan dismissed the suggestion that an election would lead to delay. “The monies are approved, ratified and they are going to be going out the door as quickly as possible," he said.

The package includes 55 different programs, and Mr. Wright said the public service is working on implementation. “The timing of this is not affected by the current election,” Mr. Wright said in a statement.

However, potential applicants have been told to expect delays. An Oct. 1 notice to stakeholders seeking access to CERIP, signed by the deputy minister for tourism, says it will be up to the new minister to approve grants.

Mr. Horgan, the NDP leader, is under fire for calling an election before the economic recovery funds were distributed.

Andrew Wilkinson, the Liberal Leader, noted that the relief funds were unanimously approved by the B.C. Legislature seven months ago. “In March, we decided as an opposition party it was time to fight the virus not fight each other, so we co-operated with the government on the pandemic response,” he said Monday.

“John Horgan then sat on it and came out with his alleged plan three days before calling an election, which means that it cannot be implemented until at least December, if he wins. So our unfortunate small-business community – especially tourism and hospitality – has been left completely high and dry after the worst summer of their lives.”

If the Liberals form the next government, Mr. Wilkinson said, he would want to rethink the funds. His party has already promised to suspend the provincial sales tax for one year – a move that would cost the treasury almost $7-billion.

“Obviously, there’ll be a regrouping if we’re fortunate enough to form government, and come out with a program that is along the lines of what we’ve already announced,” he said. “We need bold action now to revive our economy because it’s at great risk, as the second [pandemic] wave comes in.”

Sonia Furstenau, the BC Green Party Leader, said Mr. Horgan should have known that an election would make implementation of the funding programs challenging.

“This snap election undermines all of the excellent work that has been done in the legislature this year, in which all three parties very much rose above partisanship,” she said. “We recognized that during this global pandemic and economic downturn, we need to focus our efforts on ensuring that the people and the businesses in this province are able to survive through this period that we’re in.” 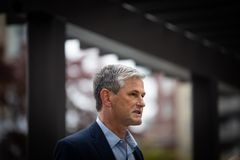 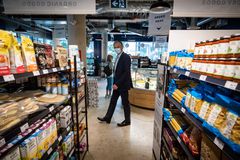 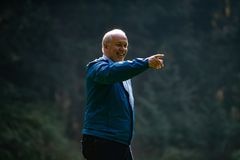