It’s not the first thing on anyone’s mind right now, but spare a thought, please, for artists and cultural organizations who are dealing with an indefinite nightmare, unprecedented in modern times. And maybe, if you can, spare your cancelled ticket too.

On the West Coast, where I live and write about these organizations on a regular basis, there are inherent challenges for the arts – difficulties attracting funding, operating outside of Canada’s artistic epicentre, handling ridiculous Vancouver rents.

But my God, what they are all going through now.

On Thursday, B.C. banned gatherings of 250 people or more in an effort to fight the spread of the novel coronavirus.

That has meant many cancellations – plays, concerts, literary readings, art openings, fundraisers. This is worrying for cultural organizations and the people they employ, but particularly concerning for artists, essentially freelance workers, who often live precarious financial lives.

All day Friday, new cancellations kept popping up in my inbox – everything from the Arts Club Theatre Company’s Kim’s Convenience, to all March concerts at the Vancouver Recital Society, to the heavily promoted Falun Gong show Shen Yun. The Elmer Iseler Singers were stranded in Vancouver, another e-mail read, after a number of cancellations in what would have otherwise been an immensely successful Western tour. There was news of closures from across the country – the Art Gallery of Ontario, the Canadian Museum for Human Rights, Calgary’s Glenbow Museum.

The impact is staggering.

“Non-profit arts organizations are going to be in trouble from this ... are vulnerable and we need the community’s support,” said the Arts Club Theatre Company’s executive director Peter Cathie White. “We also need the government’s support.”

Vancouver Opera, which has already struggled with changes in format and management, has pulled the plug on the rest of its season – that means the entire Vancouver Opera Festival, including the much-anticipated Another Brick in the Wall: The Opera, will not be going ahead.

The Vancouver Symphony Orchestra, which just kicked off its big Beethoven 250 Festival, has cancelled all events for the rest of the month. The VSO has established a COVID-19 task force. This weekend, the VSO will try something new: It will attempt to livestream Sunday’s concert.

“We have access to our performing venue; we just can’t have an audience,” says VSO President and CEO Angela Elster.

The Arts Club is postponing performances of Carried Away on the Crest of a Wave. New dates, like so much right now, are TBD.

In Victoria, Ballet BC’s performances of Romeo and Juliet were cancelled. And the Belfry Theatre cancelled the rest of its annual Spark Festival, which features often new, off-beat works.

“I think it’s safe to say everybody’s pretty bummed out,” said the Belfry’s Director of Marketing and Communications, Mark Dusseault. The silver lining, he says, has been the kind comments from patrons, many of whom have said: “Please consider the ticket I bought a donation.”

That’s the hope at many cultural organizations right now. At Vancouver Opera, ticket holders are not being offered refunds, but gift certificates that can be used for future events and asked to consider donating the value of the tickets.

“As we come to terms with the severe impact that this will have on our organization, I ask you to consider that those who will be most directly affected by these cancellations are the artists. They are at the heart of what we value and support as an organization and they are facing a prolonged period of serious financial hardship. For many of them, as independent contractors, there is currently little to no public safety net to help them through this sort of disaster scenario.”

So, a mess, a nightmare that will no doubt make for some excellent works of art in the future.

In the meantime, if there is anything you can do to support the cultural sector, please consider it. Make a gift of some theatre tickets for next Christmas; buy a subscription for next year’s season, make a donation, become a member of your favourite museum. Because cancellations are awful; permanent casualties would be catastrophic. 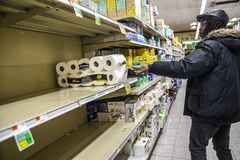 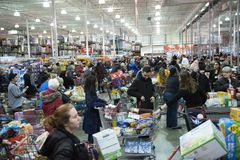 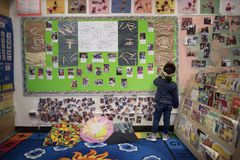