British Columbia will no longer ask hospitals to alert child-welfare authorities if they believe newborns could be at risk of harm due to their parents’ backgrounds, a practice that resulted in more than half of such notifications being issued for Indigenous mothers.

The B.C. government on Monday said it would end this practice, known as birth alerts, which were often issued without a parent’s knowledge or consent. The policy change is aimed at cutting the number of newborns who are taken into care, sometimes within hours of birth.

The change is to take effect immediately. B.C.'s Minister of Children and Family Development, Katrine Conroy, acknowledged the alerts disproportionately affected Indigenous women, some of whom are flagged because they previously had a child who was taken into care.

“We know that birth alerts have been primarily issued for marginalized women and, disproportionately, Indigenous women,” Ms. Conroy said. “Moving to a voluntary approach of providing early supports and preventative services to expectant parents will help them plan and safely care for their babies.”

Ministry policies stated that government or child-welfare agency staff could, without a woman’s consent, alert the hospital where she will have her baby and ask staff to contact authorities if there are safety concerns.

The ministry did not say how often the practice has been used. But a 2018 joint report from the ministry and B.C.'s Representative for Children and Youth found 197 infants who were less than seven days old were brought into care in 2017-18. The report was triggered by a 2018 B.C. Supreme Court ruling that found the ministry had not adequately considered less-disruptive measures when an Indigenous baby was removed three days after birth.

The policy change follows pressure from mothers and advocates and a recommendation from the National Inquiry into Missing Women and Girls to stop such alerts.

Green Party MLA Sonia Furstenau, whose Cowichan Valley riding has been a hot spot for controversy over the practice, welcomed the change but called it overdue.

“This change, evidently, did not require legislative amendment,” Ms. Furstenau said in a statement. “It simply required the elimination of a form. So why did the ministry not prioritize this procedural change?”

The Globe and Mail in June requested information on the number of birth alerts and apprehensions. After several follow-up requests, the ministry responded this month, but was able to provide only partial information.

Patricia Dawn, the founder of Red Willow Womyn’s Society, a Vancouver Island group that works with women at risk of having their children placed in care, provides support to deal with issues such as housing, mental or physical health or domestic abuse.

Ms. Dawn said she was glad about the change, but had concerns because earlier directions from the ministry to minimize use of the practice had not been followed.

Ms. Dawn said she had been in touch with mothers as recently as this month who were the subject of a birth alert.

In June, the inquiry into missing and murdered Indigenous women and girls in its final report called for “an immediate end to the practice of targeting and apprehending infants [hospital alerts or birth alerts] from Indigenous mothers right after they give birth.”

In an interview before the policy change was announced, B.C.'s representative for children and youth, Jennifer Charlesworth, said she hoped new policies would focus on keeping families together through, for instance, counseling or housing assistance.

“I am in favour of ending birth alerts. ... The intent is to provide protective services, but [birth alerts] is not the best instrument to do that. Often it results in significant harm [and] it’s disproportionately impacting Indigenous moms,” Ms. Charlesworth said. 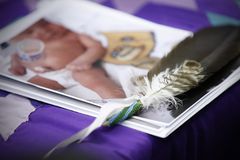