The British Columbia government says it is considering all options – including the outright purchase of problem buildings – to improve conditions in some of Vancouver’s most run-down rental units.

Housing Minister Selina Robinson said on Tuesday that she had directed her staff “a number of weeks ago” to come up with ways to help more than 100 low-income residents of the single-room occupancy (SRO) Regent Hotel.

The building is owned by the Sahota family, who own several SROs and have been violating city housing standards for decades. A recent Globe and Mail investigation found residents in the century-old building have struggled for years with vermin, mould and plumbing problems while fighting to keep a roof over their heads in a city grappling with an acute affordability crisis.

She would not provide a timeline for any decision on the issue, but said her government is working “as quickly as we can to address the whole range of the housing crisis.”

Gudy Sahota, one of three elderly siblings that run a local real estate empire worth an estimated $218-million, declined to comment on Ms. Robinson’s commitment when contacted on Tuesday.

The City of Vancouver issued a statement on Tuesday welcoming any further provincial investment in privately-owned SRO housing stock. The city also said it continues to prosecute the Sahotas for numerous violations of its standards and maintenance bylaw, with court dates approaching, and has recently created a working group with the province to tackle the challenges problem landlords pose.

Housing advocates have long called for the province or the federal government to buy SRO hotels such as the Regent from problem landlords such as the Sahotas and put the day-to-day operation of the city’s roughly 3,000 privately held units in the hands of non-profit organizations. These groups, they argue, are much better suited than private landlords to provide this de facto form of social housing for residents, many of whom are on social assistance and are facing mental-health and substance-use issues.

Under the former B.C. Liberal government, the province spent millions to buy and renovate SROs. The federal government also got involved, chipping in nearly $30-million for a $147-million SRO Renewal Initiative that renovated a dozen or so buildings over the past five years.

Last year, the federal Liberal government announced a 10-year, $40-billion national-housing program. But the plan counts on the provinces to kick in billions and some elements won’t take effect until after the 2019 federal election.

Vancouver says its long-term goal, set out in various documents including a 10-year housing plan released last year, is to replace aging SROs with social-housing units that have private bathrooms.

To do this it says it needs money from both these higher levels of government for a new SRO fund. In its October budget submissions, it asked the province for $80-million for this.

Janice Abbott, the chief executive officer of Atira, the non-profit housing group hired in February by the Sahotas to manage the Regent for six months, has said the building needs extensive repairs. The Sahota-owned Balmoral SRO hotel across the street was ordered closed by the city a year ago over fire and structural concerns.

With support from housing advocates, tenants of the Regent and the Balmoral have launched proposed class-action lawsuits that name the Sahotas and the City of Vancouver as defendants and allege that municipal officials have ignored problems with properties owned by the family.

The Sahotas have challenged the suits, arguing that the proper venue to hear such disputes is B.C.’s Residential Tenancy Branch, and a decision on that jurisdictional matter is pending.

Inside the decrepit hotel that's home to dozens of Vancouver's most vulnerable
5:07
May 29, 2018 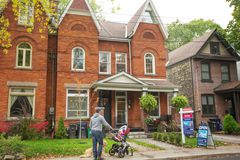