Protesters blocking access to the site of a proposed natural gas pipeline in the British Columbia Interior say they will comply with a court injunction by Thursday afternoon and give access to construction workers, days after the RCMP arrested 14 people.

“For now, there is a peaceful resolution," Jeff Brown, one of the five hereditary clan chiefs within the Wet’suwet’​en Nation, said in an interview on Wednesday night. “The injunction said to grant access, so if we grant access, that should be good enough," said Mr. Brown, who also goes by Madeek.

He cautioned that the timing of complying with the injunction will hinge on a meeting between the RCMP and Wet’suwet’en hereditary leaders on Thursday morning.

Mr. Brown made the comments after hereditary leaders of the Wet’suwet’en announced the concession at a news conference near the site of the blockade.

Opinion: How, ultimately, should resource development be governed?

The Wet’suwet’en Nation and the Coastal GasLink pipeline: A look at the complicated interplay of a hereditary system

The agreement follows talks with the RCMP and a demand that police not interfere with residents of a healing lodge on the blockade site and that members of the Wet’suwet’en clans continue to have access to the backcountry for trapping.

Earlier Wednesday, B.C. Premier John Horgan said the protest against construction of the pipeline, crucial to the province’s launch of a liquefied natural gas industry, will not stop the project, saying it has sufficient consent from First Nations to proceed.

Prime Minister Justin Trudeau said the arrests of people supporting the protest by members of Wet’suwet’en First Nation earlier this week were unfortunate, but the rule of law must be respected.

The Wet’suwet’en are represented by elected and hereditary chiefs, and have a governance system of 13 houses and five clans.

The elected chiefs have endorsed the project and signed a benefits agreement with Coastal GasLink, but the protesters say the company failed to get consent from the five house chiefs of the First Nation, who are hereditary. They say the elected council has jurisdiction over only the reserve, a much smaller area than the 22,000 square kilometres of the Wet’suwet’en traditional territory.

RCMP arrested 14 people on a northern B.C. forestry road on Monday, breaking up a blockade that some of the hereditary chiefs had established at a road Coastal GasLink needs to use to begin clearing work for the 670-kilometre pipeline that would run through their traditional territories.

The arrests at the protest site known as the Unist’ot’en camp on a road near Houston, B.C., sparked protests across the country, and Mr. Horgan deflected questions on the subject, telling reporters on Wednesday it was the RCMP that enforced a court injunction obtained by the pipeline company. He urged the RCMP to ensure that the rights of the Indigenous people are protected.

RCMP roadblocks remained in place for a third day around the Wet’suwet’en territory after police forcibly took apart a gate that cut access to the road.

Warner William, who is chief of the Dark House – one of 13 house groups that fall under the five hereditary clans – said he was heartened to see the support across the country. “This is our land and waters,” he said.

The divisions in the community are creating strain, according to elected chiefs who have consented to the pipeline. Chief Victor Jim of the Witset Band said the arrests were distressing and the project “has divided our communities and made things very stressful to say the least.”

Chief Ray Morris of the Nee Tahi Buhn Band said elected chiefs and hereditary chiefs have been in negotiations over gas pipelines for decades. “Unlike other First Nations, such as Haisla, we haven’t come to an agreement over the Coastal Gaslink pipeline. Why this hasn’t happened in Wet’suwet’en is unknown.”

At a news conference in Victoria, the Premier maintained that the opposition from some Wet’suwet’en leaders does not trump the broad Indigenous support for the LNG project.

“We recognize the right of individuals to protest, we recognize the rights of those across the country who wanted to voice their concerns about this project,” he said. “However, it has been my view that LNG Canada has shown they understand the importance of consultation and meaningful reconciliation with First Nations, and that’s why they have signed agreements with every First Nation along the pipeline corridor.”

While the Premier urged the protesters to be peaceful, his Minister of Forest, Lands and Natural Resources, Doug Donaldson, visited the protest camp on the weekend and offered his support.

Mr. Horgan said Wednesday the minister acted “wholly appropriately” in visiting the site of a blockade that was the subject of a court injunction, because he is the MLA for the region. “These are lifetime friends and acquaintances of his. He observed protocols. … This was prior to the order of the court being enforced.”

The protest is testing Mr. Horgan’s commitment to implement the United Nations Declaration on the Rights of Indigenous Peoples (UNDRIP), which promises that resource development can proceed only with the “full, prior and informed consent” of affected Indigenous peoples.

The B.C. NDP government is expected to enact UNDRIP legislation this year, but neither the province nor the federal government, which has also committed to implement the declaration, has been able to define who has the authority to consent.

Last year, the federal Justice Minister promised business leaders that her government would provide a framework to create certainty about “the who, how, and what of land and resource decision-making,” but that work has bogged down, and B.C. is waiting for the federal blueprint before launching its own legislative changes.

Three months ago, Mr. Horgan and Mr. Trudeau attended the announcement of the $40-billion LNG Canada project that will need the contested pipeline for its fuel supply. Although the B.C. government was aware of the opposition at the camp, the Premier said his government concluded the project met the test set out in UNDRIP for consent.

“All nations from wellhead to waterline had signed impact-benefit agreements,” Mr. Horgan said. He told reporters that he spoke with the Prime Minister by telephone on Tuesday night, and stressed that B.C.’s situation is complex. Few treaties settled, the original tribes have been carved up among more than 200 Indian Act bands, and the lines of authority between elected and hereditary chiefs are not always clearly delineated. “British Columbia is unique in Canada,” the Premier said. “We have unceded territory in every corner of the province.”

The Prime Minister, during a stopover in B.C.’s interior on Wednesday, repeated his support for the LNG project. In a speech to supporters in Kamloops, he said the development “is going to produce Canadian LNG that will supplant coal in Asia as a power source and do much for the environment.”

Earlier in the day, Mr. Trudeau told a CBC Radio program in Kamloops that the arrests were “not an ideal situation.” He said it is important to leave room for people to express their concerns, “but at the same time, we’re also a country of the rule of law.”

He said he would not visit the blockade site. “One of the things that is really important is to try to reduce the temperature a little bit,” he told the CBC.

In the case of the Coastal GasLink natural gas pipeline, Mr. Horgan stressed that there is no easy answer to define consent.

Opinion
At the core of the Wet’suwet’en conflict: How, ultimately, should resource development be governed?
January 9, 2019 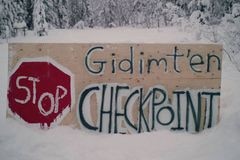 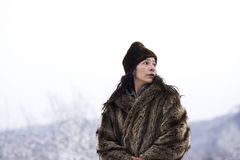 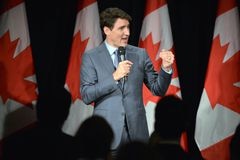 Follow Justine Hunter and Brent Jang,  on Twitter @justine_hunter @brentcjang
Report an error Editorial code of conduct
Due to technical reasons, we have temporarily removed commenting from our articles. We hope to have this fixed soon. Thank you for your patience. If you are looking to give feedback on our new site, please send it along to feedback@globeandmail.com. If you want to write a letter to the editor, please forward to letters@globeandmail.com.
Comments