He carefully puts on heavy makeup, a well-designed wig and self-made outfits. As dusk falls, Cleo is ready. She is going to perform on the stage, as a drag queen, a moment Mr. Dadashzadeh didn’t dare to imagine a decade ago.

That November evening’s show in a bar in Davie Village near Vancouver’s downtown was dedicated to raising funds for Rainbow Refugee, a charity that supports LGBTQ refugees in Canada, including Mr. Dadashzadeh (or Cleo).

“Being here safe means the world to me,” she said on stage.

“If you tell me 10 years ago that a bunch of people, two continents away, will sit in a bar and raise money for people like ...” Cleo paused, as her voice got shaky. She wiped her tears and continued, “It was unbelievable.”

Mr. Dadashzadeh, 32, who is gay, fled his home country, Iran, in 2011. He had hidden his sexual orientation in the Islamic regime, where homosexuality could be punishable by death, and lived a relatively peaceful life. But he said he was outed when the CBC, shooting footage for a documentary portraying the struggles of the LGBTQ community in Iran, captured his image.

He said his life fell apart. His family and friends disowned him and his government jailed him. In 2011, Mr. Dadashzadeh fled to Turkey, where he applied for asylum.

Mr. Dadashzadeh sued the CBC in B.C. Supreme Court in 2016, two years after he moved to Canada as a refugee. According to court documents, the 2007 documentary Out in Iran was shot in a Tehran coffee shop where gay men gathered. Mr. Dadashzadeh claimed in the suit that he didn’t know the film was being made as the media crew were using a “hidden camera” and he had never granted consent to be included. The case was dismissed after a judge found in 2017 that too much time had passed since the documentary had aired, although she said she found his case compelling.

He has established a new life in Vancouver, where he works as a cosmetician and hairdresser on weekdays, and on weekends, he often performs in drag shows.

Mr. Dadashzadeh began dressing in drag when he was still in Iran, but only dared to do so in his bedroom. He said he feels grateful that he is finally able to express himself, as well as his art, freely without fear.

Clips of Mr. Dadashzadeh and Cleo’s life in Vancouver have been recorded by Iranian photographer Shaghayegh Moradian Nejad, who first met Mr. Dadashzadeh at Vancouver’s Pride parade two years ago, and has embarked on an effort to document his story to shine a light upon Iran’s suppression of the LGBTQ community.

The project, which started in July, 2019, is Ms. Nejad’s first in Canada since she immigrated here last year. Previously, the social documentary photographer devoted most of her time and energy to narrating women’s stories with her lens in the Middle East.

“Because in the Middle East, women have different stories from the west part of the world. It’s totally different,” she said. “About their rights, humanity and everything.” The cost for Ms. Nejad to voice women’s rights in the Islamic regime was jail time. Now in Canada, she said she wants to continue telling women’s stories, including Cleo’s.

Ms. Nejad not only captured the moments when Mr. Dadashzadeh transforms into Cleo, but also chronicled pieces of his life when he shops, cooks and hangs out with friends. Last August, her camera witnessed him taking the oath to become a Canadian citizen.

But Ms. Nejad’s favourite moment through the shooting was the conversation they often have when Mr. Dadashzadeh prepares to be in drag. Ms. Nejad said she had taken Mr. Dadashzadeh’s advice to name this project Ritual.

Ms. Nejad said Cleo likes to ask her, “Am I beautiful?” when she puts on makeup. Ms. Nejad always replies, “Yes,” and Cleo says, “I know.”

Mr. Dadashzadeh said he doesn’t mean to sound cocky, but he truly believes Cleo is stunning. 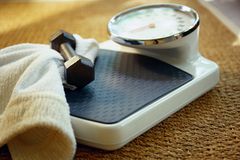 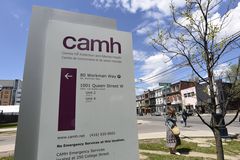 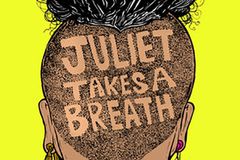