A volunteer group in Richmond, B.C., began delivering groceries in early February to families that had recently returned from China but were concerned about going out in public until they could determine whether they had come home sick with COVID-19.

Shortly afterward, in North Vancouver, Persian New Year events were called off in early March, a result of concern by members of the Iranian community there that the virus might spread among thousands of attendees.

Members of those communities took those measures weeks before borders were officially shut and B.C.’s Public Health Officer made it mandatory for international travellers to self-isolate. Their actions, new data show, helped quickly shut down the spread of the strains of COVID-19 that first arrived in the province.

Bonnie Henry, the Provincial Health Officer, released new modelling data last week showing that while early cases in the province were linked to travels to China and Iran, the spread of those virus strains was dramatically slowed. Instead, strains traced to Europe, Eastern Canada, Washington State and other parts of the United States were responsible for most of the COVID-19 infections in British Columbia.

Richmond resident Fatima Wang was involved with the volunteer group for over a month. She delivered groceries to multiple families in her city who voluntarily isolated themselves upon their returns from China, the first country to have COVID-19 outbreaks. She also drove those families’ cars to the airports so that those returnees could drive themselves home without coming into contact with others.

“I saw my family and friends in Wuhan were all involved in efforts to combat the pandemic, so I said I too want to take part in it," Ms. Wang said.

B.C. case data show that Richmond, where more than half the population is ethnic Chinese, has by far recorded the lowest percentage of COVID-19 cases per capita in the Greater Vancouver area.

The new data are broken down by health service delivery areas – smaller districts than the health authority regions. They show that between Jan. 22 and May 31, Richmond had 88 cases per 100,000 population, the lowest rate among six sub-health regions in Greater Vancouver, compared with 540 in Vancouver and 259 in North Shore.

The numbers also show Richmond had no new cases in the last two weeks of May.

Dr. Henry said at the briefing that the precautions taken by the Chinese community contributed to the low transmission in the city.

“I absolutely think that that is part of it,” Dr. Henry said, adding the government took steps early on to work with the community and the community itself took the virus threat very seriously.

Matt Pitcairn, chief executive of the Richmond Chamber of Commerce, said the coronavirus had an impact on many Richmond residents’ behaviours and practices starting in late January.

“I think the first thing that we started to notice was avoiding gatherings in general. … One of the more immediate impacts we saw at the very beginning was restaurants, people less inclined to go out in social gatherings and restaurants.”

He added the chamber of commerce heard from local businesses directly that during the Chinese New Year period, which began in late January this year, restaurants received many cancellations with a “noticeable decline in business."

Tung Chan, former CEO of the Chinese-Canadian social-services agency SUCCESS, said the Chinese community was familiar with the restrictive lockdown measures taken by China in January and also remembers the SARS crisis. Residents embraced mask-wearing early on, he said.

In the first week of March, leaders from the Iranian community in the Vancouver area made a tough call – cancelling Persian New Year events that they had been preparing for since fall.

“So it’s been cancelled despite the fact we prepared for the last four, five months and spent a lot of money. That was very unfortunate, but for the sake of the safety and security of the people, we should have done it,” said Davood Ghavami, president of the Iranian-Canadian Congress of Canada.

Mr. Ghavami said the celebrations, which were supposed to take place on March 17, usually attract 20,000 to 30,000 attendees from across the Lower Mainland and Vancouver’s neighbouring cities, including Seattle. Cancelling caused his group to lose over $20,000, he added.

On the same day they called off the activities, Mr. Ghavami said his group also sent out messages to Persian-language media and on social media, encouraging people to self-quarantine if they recently travelled back from Iran.

“That had a positive impact and people took it seriously.” 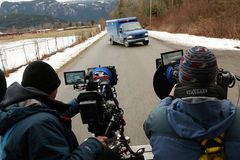 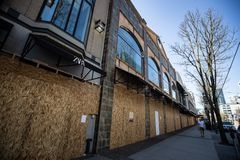 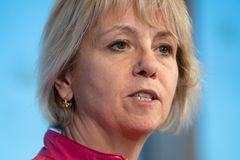